A Brazilian player assaults the “wisdom of the match” after he was sent off with a red card! .. video 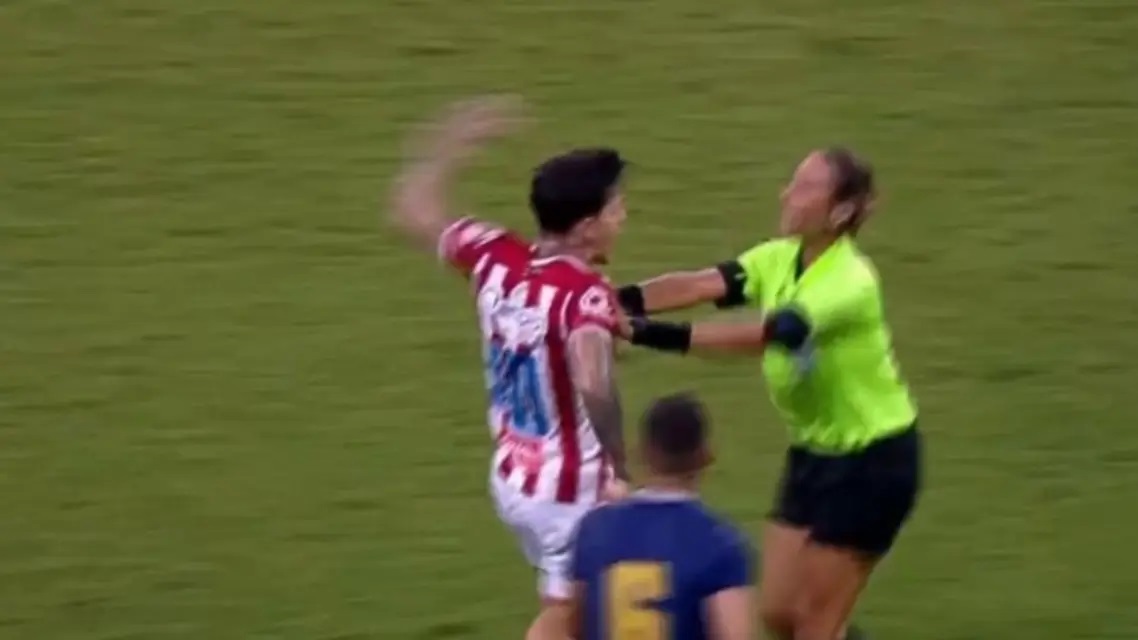 The final of the Brazilian state of Pernambuco witnessed an unfortunate incident after a Nautico player assaulted the referee of his match against Retro, after she sent him off.

Only 19 minutes after the start of the second leg, Nautico player Jean Carlos was sent off after a long review of the match referee in the VAR, after he hit the opponent’s player with his elbow, and after a 3-minute pause, the match referee made her decision and issued a red card to him.
But Carlos exploded in the face of Wisdom and ran in her direction, forcing her to push him before the two teams and the referees’ crew intervened to remove him from her, and the player’s colleagues took him out of the match stadium after the chaos that occurred, according to Al Arabiya.net.

Nautico scored the only goal of the match from a penalty kick, and the two teams went to penalty kicks, after the end of the first leg match with the superiority of Retro with a goal without a reply, which did justice to Nautico and won the match 4-2.