A British-Lebanese man won a lawsuit against two banks in Lebanon: Our money is ours 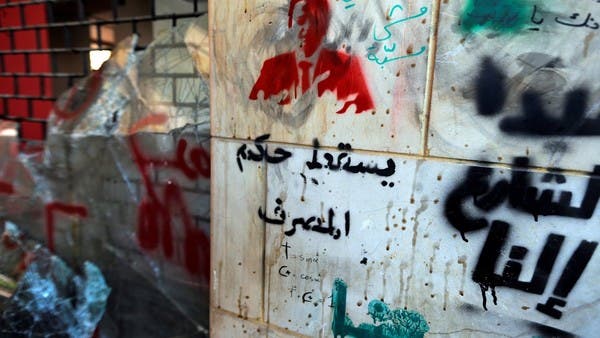 Varouj Manoukian, a British businessman of Lebanese origin, succeeded in recovering his full rights from the Societe Generale du Liban and Audi bank, after the lawsuit he filed against them before the British courts months ago, in which he demanded his deposits totaling about 4 million dollars, which have been withheld with the two banks since the fall. 2019 as a result of the banking crisis.

The Queen’s Supreme Court in Britain announced a few days ago, rejecting the appeal submitted by the two banks against its decision issued on February 28, obligating them to transfer the plaintiff’s deposits to his accounts in Britain before the fourth of last March.

While Manoukian was satisfied with commenting on this ruling, telling Al Arabiya.net: “Two things I was sure of during the legal battle against the two banks before the British judiciary, the first is that the deposits are mine and not for anyone else, and the second is that the English judiciary is immune from interference by politicians and from Bank owners,” referring to the extent of political interference in the Lebanese judiciary and its impact on the decisions it issues.

For her part, the legal expert and CEO of the juriscale Sabine El-Kik told Al Arabiya.net: “The British judiciary considered itself in this case the authority to decide on the existing dispute, and issued its decision in accordance with Lebanese law.”

She also added, “The Lebanese law for the British judiciary was sufficient to protect the rights of depositors, although the banks tried to circumvent the law by applying Article 822 of the Code of Civil Procedure, which states that the payment of deposits is through bank checks, knowing that the check is no longer a means of payment. since the banking crisis.

She indicated that the two banks, Société Générale du Liban and Audi, tried to appeal the decision of the British court issued last February, but it rejected the appeal, because the reasons on which the ruling was based are strong and unquestionable, and they obliged them last February to deposit his deposit. Millions of dollars) with the British courts before the final decision was issued two days ago, and accordingly Mr.

In addition, she pointed out that “the British court was convinced by the legal file prepared by the attorneys of the plaintiff, Manoukian, which indicated that the prevailing Lebanese customs say that the depositor can recover his money in the way he prefers, and that the new norms that were invented by banks such as paying deposits through bank checks and in the currency they want, Evidence and legal arguments are not sufficient to uphold them.”

It also called on depositors to “file similar lawsuits to collect their money,” saying that “every delay in taking such a step will result in the depletion of their money.”

From inside a bank in southern Lebanon (archive – AFP)

It is noteworthy that since banks in Lebanon imposed an “iron collar” on depositors’ accounts in the fall of 2019, many cases have been filed in criminal courts in Lebanon and abroad by depositors against banks, and some of them have succeeded in winning them.

What happened with the Lebanese-British Farooj, was that it was the first decision in Britain to order Lebanese banks to pay the restricted deposits to their owner.

On March 25, the British Supreme Court issued a ruling in a case against Societe Generale and Audi, obligating them to complete bank transfers, which are his deposits with the two banks, amounting to $1.1 million and $2.9 million, respectively.