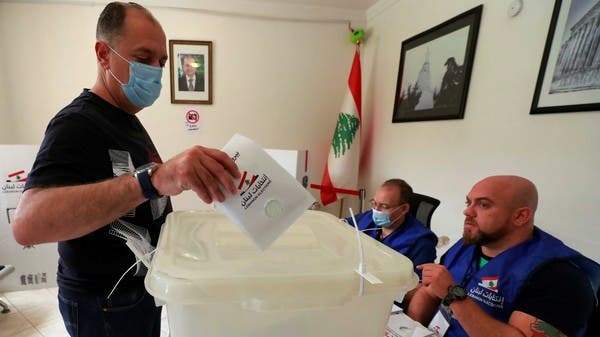 The electoral battle in the third district of the South summarizes the general political scene in Lebanon, which has been divided since the fall of 2019 between two parts: the first includes the political system that has ruled the country for decades and whose policies have caused the worst crisis in modern history, as classified by the World Bank, and the second is a section of citizens who are revolting against the corruption of this The system that caused their impoverishment and displacement, and wasted their lives in banks after their deposits evaporated due to the economic and financial collapse.

The electoral confrontation in this constituency was limited to two complete lists, one for the power forces backed by the Shiite duo Hezbollah, the Amal Movement and their allies, and the other for the opposition, which includes independents and some partisans from different orientations under the title “Together for Change.”

Perhaps what is remarkable in the list of the authority is that it includes a candidate against whom an arrest warrant has been issued by the Lebanese judiciary because of his involvement in the explosion of the port of Beirut. looting depositors money.

A sliver in his heart

As for the opposition list, it includes lawyer Firas Hamdan, who defended the rights of citizens, rose up against the governor of the Banque du Liban, and participated in demonstrations against the ruling system that looted depositors’ money during the October 17, 2019 uprising.

Hamdan explained to “Al Arabiya.net” that he is running the electoral battle in the third southern constituency against the “Dream Team” list, the authority that allied itself with each other against the Lebanese.

He said, “All the faces of the provocative authority are in one list, from the banker Marwan Khair al-Din, vice president of the Association of Banks responsible for wasting depositors’ money, through the current deputy in the “Amal Movement” Ali Hassan Khalil, against whom an arrest warrant was issued in the file of the Beirut Port explosion, who was a minister The Finance Ministry and participated in the development of financial engineering that caused the collapse of the banking sector, up to the current representative of “Hezbollah” Hassan Fadlallah, who repeatedly threatened that he had corruption files if he submitted them to the judiciary, which would bring down large heads, but until today he has not done anything, in addition to representatives present in the Parliament for more than 20 years and they have not done their duties to prevent economic collapse.”

In addition, he saw, “The battle against this corrupt system is open in the street, with unions in universities, and today in the polls,” adding, “We confront them with live meat, but we all hope to break the list of authority with at least a seat.”

He stressed, “The democratic wedding that the Lebanese witnessed in the previous two days during the expatriate elections will complete its way towards the general parliamentary elections next Sunday, considering that its results will be the first nail in the coffin of this authority.”

Hezbollah and the treachery campaigns

He also added, “The main title of the battle is (no to power) and yes to change. Yes, it embodies all the spectrums of the south, its diversity, its regions and its judiciary in the face of the authority to restore the rights and dignity of the people.”

Hamdan regretted the treachery campaigns waged by Hezbollah in particular against the members of the list, accusing them of “agents and working in the interest of the enemies.”

It is noteworthy that 26 candidates, including 15 from the forces of change, are competing in the third district of the South (a main stronghold of the Shiite duo), which includes the districts of Nabatiyeh, Marjayoun – Hasbaya and Bint Jbeil, in order to obtain 11 deputies.

The real confrontation is between two lists: “Together towards Change” in the face of the completed “Hope and Loyalty” list, which is supported by the duo, Hezbollah, the Amal Movement and their allies.