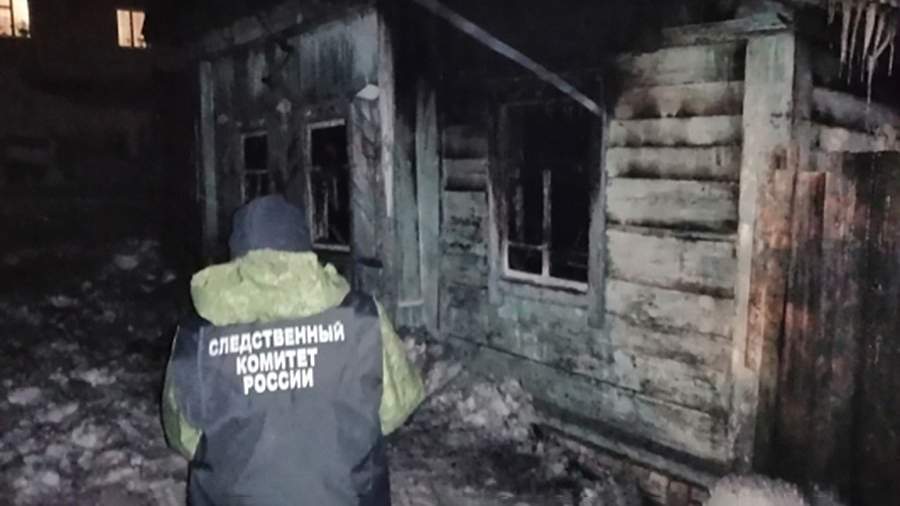 Three underage boys died in a fire in a private house in the city of Kamyshlov, Sverdlovsk Region, a criminal case has been opened. On January 11, Alexander Shulga, senior assistant to the head of the regional SU SK, notified about this.

According to the preliminary version, the children were poisoned by combustion products.

“A criminal case has been initiated on the grounds of a crime under Part 3 of Article 109 of the Criminal Code of the Russian Federation (infliction of death by negligence on two or more persons). The punishment for committing this crime is up to four years in prison,” Shulga told reporters.

The Main Directorate of the Ministry of Emergency Situations for the region clarified that on January 11 at 18:33 (16:33 Moscow time) the emergency service received a message about a fire on Vysokaya Street in Kamyshlov. At 19:08 (17:08 Moscow time), open burning was eliminated.

Currently, the scene is being examined, the necessary examinations will be appointed to establish the causes of fire and death of minors. The children have been identified.

“Father [мальчиков] – a grader of a local commercial company, left for work at seven in the morning, and the mother is in the Yekaterinburg maternity hospital to save her fifth child. The children were left alone at home, ”said Valery Gorelykh, head of the press service of the regional head office of the Ministry of Internal Affairs.

According to him, the criminal investigation department, the Investigative Committee and the Ministry of Emergency Situations are working out all possible versions of what happened, including a malfunction of the electrical wiring, careless handling of fire and problems with stove heating.

At the end of December last year in Voronezh, two underage boys died in a fire in a residential building on Tupolev Street, and another girl was injured. The cause of the fire is domestic. The family living in the apartment was registered with the juvenile department.