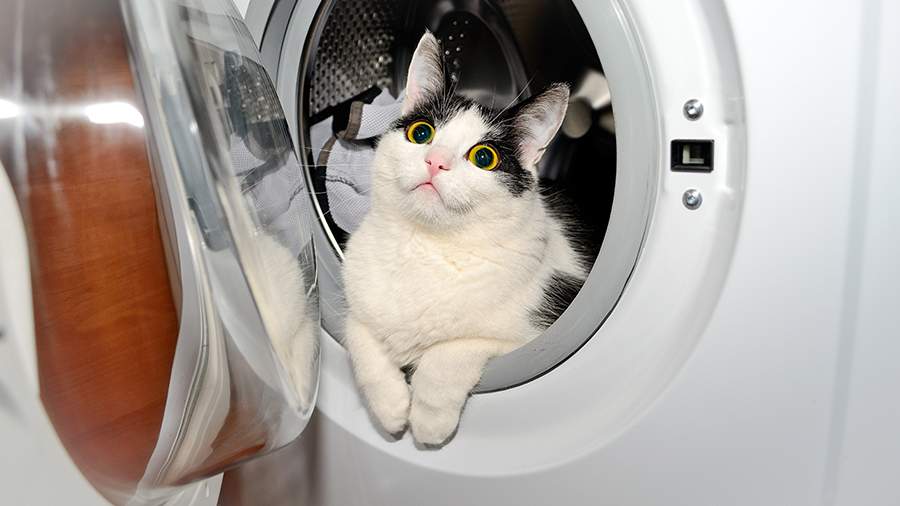 In the city of Dnipro in Ukraine, a cat named Brosh spent half an hour in a working washing machine and survived. This was reported on January 7 at the local veterinary clinic “On Rabochaya”.

According to veterinarians, Brosha often sleeps in the drum of the washing machine, and that day there was also a dog bed that required washing.

“Additional comfortable conditions,” – probably thought Brosh and went to sleep in a secluded place. The bed turned out to be gray, like the cat itself. Because of this, the owner of the cat did not notice the pet and started the “washing machine”, – wrote on the hospital’s Facebook page.

According to the clinic staff, the cat was in the washing machine for about 30 minutes before the owners heard his screams.

“Imagine the shock and horror when you realize that for such a long time the cat washed itself along with the bed. Surprisingly, when the machine was opened, the cat ran out and tried to hide. They caught him, dried him and immediately brought him to the veterinarian, ”the doctors explained.

According to the clinic staff, during the examination, the animal revealed a low temperature and wheezing in the lungs. His eyes did not open because of the powder, and his mouth smelled strongly of detergent.

Veterinarians gave Brochet the necessary therapy, his tests were normal and soon the cat went home. Now, according to experts, the animal feels good: it actively runs and jumps around the house, eats with pleasure.

“This is not the first time we have encountered such a case, but Brochet was very lucky. It is not in vain that cats have nine lives, ”the veterinary clinic added.

A similar story happened in 2020 in Australia. The cat survived 12 minutes of washing with hot water and detergents. It was not immediately possible to pull the animal out, as the machine took about two minutes to drain the water, squeeze out the laundry and stop the wash.