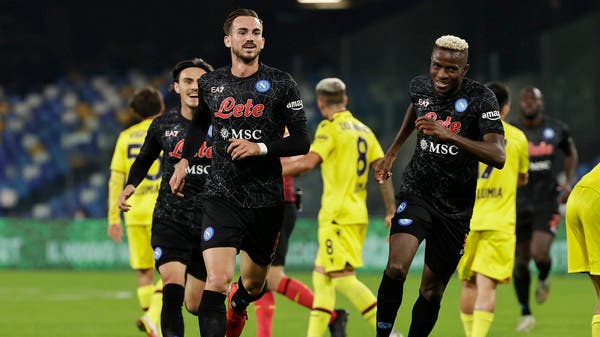 Napoli defeated its guest Bologna 3-0 on Thursday, in the tenth stage of the Italian Football League.

Napoli advanced through Fabian Ruiz in the 18th minute, before his colleague Lorenzo Insigne added the second goal from a penalty kick in the 41st minute.

In the 62nd minute, Insigne scored his second and third goal for Napoli from a penalty kick.

Napoli returned to the path of victories that it missed in the last stage, after drawing negatively at its host Rome, while Bologna received the second defeat in a row, after losing in the last stage to Milan 2-4.

The victory enabled Napoli to regain the lead with 28 points, with a goal difference from second-placed Milan, while Bologna’s balance froze at 12 points in twelfth place.