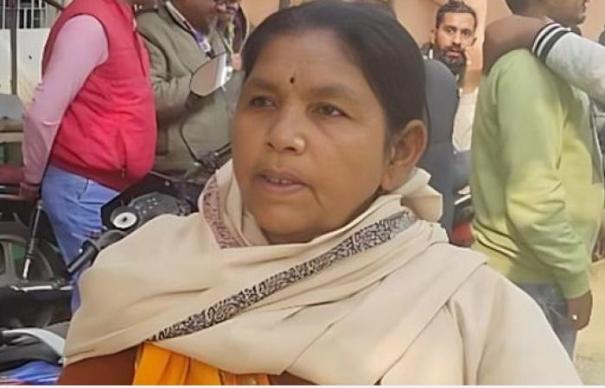 Patna: Sinda Devi (62), who has worked as a cleaner for about 40 years, has been selected as the Deputy Mayor of Bihar’s Gaya Corporation.

Bihar state local body elections were held in two phases on December 18 and 28. Elections were held for 17 Municipal Corporations, 70 Municipalities and 137 Panchayats. The votes were counted and the results announced on the 30th.

Cleaner Sinda Devi has been elected as the Deputy Mayor of Bihar’s Gaya Corporation. He won by a margin of 16,000 votes.

Sinda Devi, who worked as a cleaner in Gaya Corporation for about 40 years, retired in 2020. Later he used to do kaykani business in the market there. He has 3 sons and 2 daughters. All 3 sons are working as cleaners.

While a total of 11 people contested for the post of Deputy Mayor of Gaya Corporation, Chinta Devi who filed her nomination on the last day has surprised everyone. He says, “I have been working as a cleaner for the last 40 years. I don’t know how to read or write. But people’s sufferings and sorrows are known. I will work tirelessly for them. As always, I will walk to the office and serve the people,” he said.