A crisis confuses the Saudi victory because of the goalkeeper 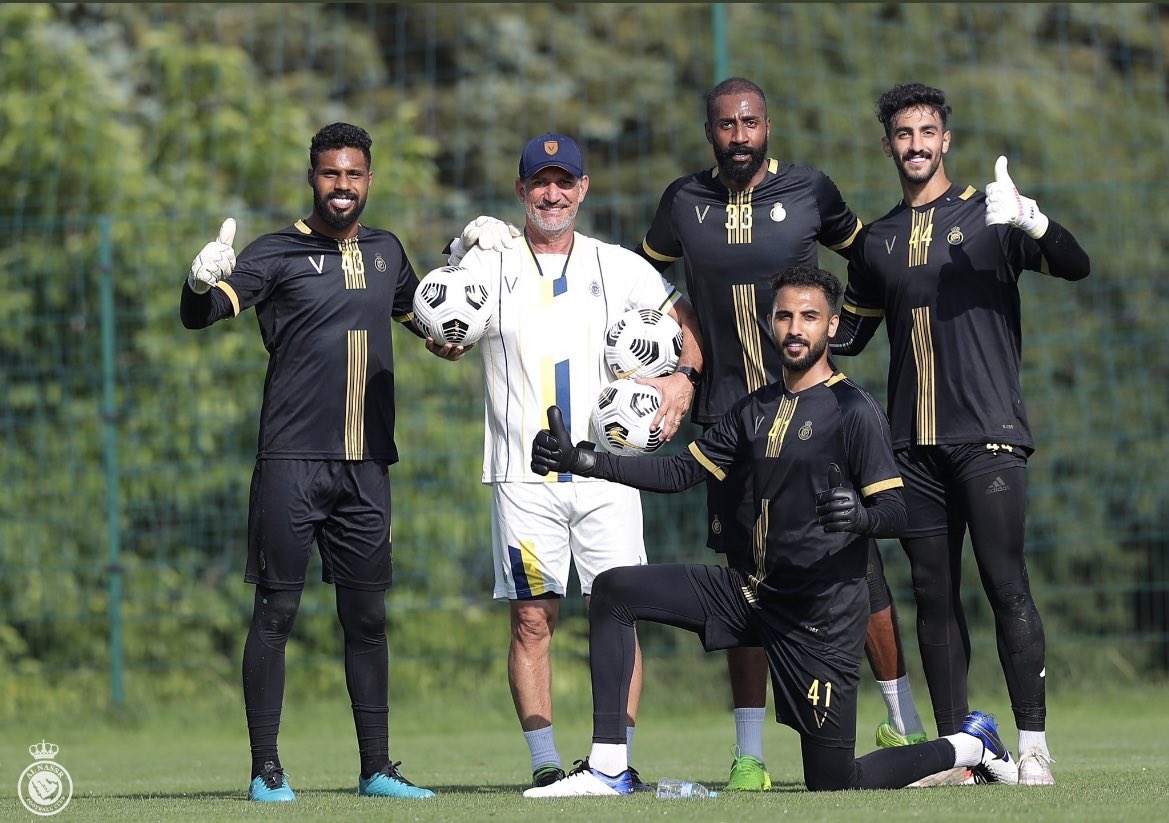 Today, Saturday, Saudi press reports revealed that Al-Nasr Club is suffering from a crisis in the goalkeeper of the first football team before the upcoming match against Al-Ettifaq tomorrow, Sunday, in the fourteenth round of the Saudi Professional League, which witnesses the first official participation of Cristiano Ronaldo, Al-Nasr player, in the Saudi League.

And the Saudi newspaper, Al-Riyadiah, reported today, Saturday, that a private source revealed to it that Amin Bukhari and Nawaf Al-Aqidi, the third and fourth goalkeepers in Al-Nasr, were injured during their participation in the training maneuver, yesterday, Friday, and they joined the Colombian David Ospina, the main goalkeeper, who suffers from a fracture in the elbow. The hand and Waleed Abdullah, the second guard, who is staying at the medical clinic because he continues to suffer from knee pain.

The source added, “Bukhari was injured in the connective and front thigh muscle, and initial examinations confirmed his absence from the stadiums for a period of no less than two weeks, while Al-Aqidi felt back pain, and the two are undergoing medical x-rays today that determine their injuries accurately, which made French Rudi Garcia, the coach of the team, He is forced to call the youth guards, Abdulaziz Al-Awairdi and Muhammad Al-Otaibi, to use their services in training today, in preparation for facing the agreement tomorrow.

And he continued, “Al-Awairdi and Al-Otaibi were prevented from leaving for Al-Ahsa with the youth class team, which will face Hajar today, Saturday.”

Colombian David Ospina underwent surgery last Tuesday, at the site of his injury, which he sustained on January 14, during the match against Al-Shabab, and Al-Nasr announced his absence for six matches.