A crowded reception for the Stray Kids band at Riyadh Airport 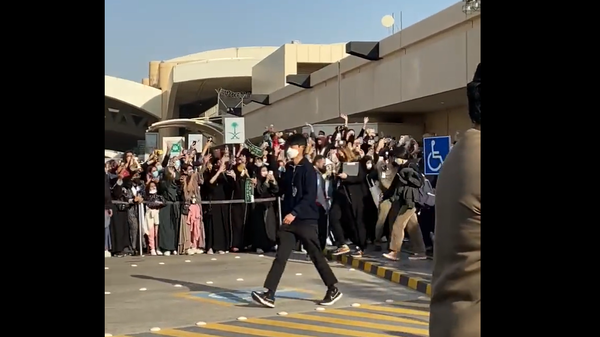 Stray Kids enjoyed a great reception, according to a video posted by the band on its official Twitter account.

The Korean band will perform a huge K-pop concert on January 14, in which the famous South Korean singer “Chung-ha” will also participate.

This is the first K-pop concert in Saudi Arabia, and it is held within the activities of the Riyadh season, which hosts a group of international artists and bands.

The Stray Kids band has a large audience among young people in particular, despite its short artistic life, as it first appeared in March 2018.

It is expected that this concert in Riyadh will be attended by a large audience because it has a wide audience inside the Kingdom of K-pop fans from different regions of the Kingdom, and in the Gulf countries as well.

This band enjoys a wide audience worldwide as well, and its songs and dances are increasingly popular among a large audience of young people locally and internationally.