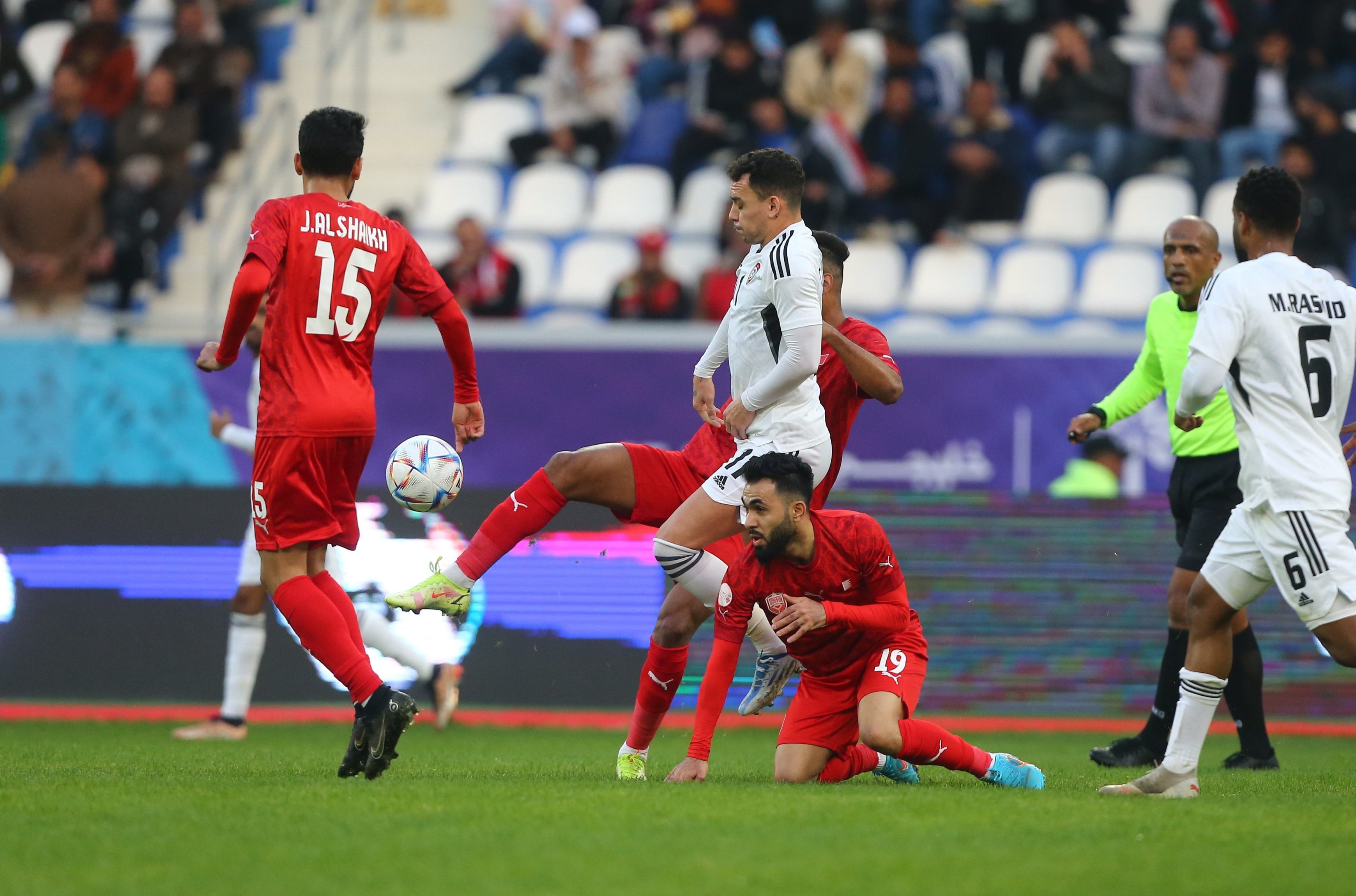 The national football team lost its opening match in the Gulf Cup tournament “Gulf Basra” by its Bahraini counterpart, with two goals to one, in the match that brought the two sides together today, Saturday, at Al-Mina Stadium in the Iraqi city of Basra.
The advance expectations were in favor of “Al-Abyad” achieving victory based on the elements he possessed compared to Al-Ahmar, but the latter decided the result in his favor by scoring the goal of submission from a set-piece in the 60th minute by Kamil Al-Aswad, while his colleague Jassim Ahmed added the second goal in the 77th minute, while he scored The only goal of “White” substitute Sebastian Tigali in the 90 + 2 minute.
And Al-Abyad will be required to quickly forget the loss and prepare for the next confrontation that brings him together with his Kuwaiti counterpart, scheduled for “Tuesday” in the second round of the competition.