A double for Godolphin horses at the Canadian Woodbine Racecourse 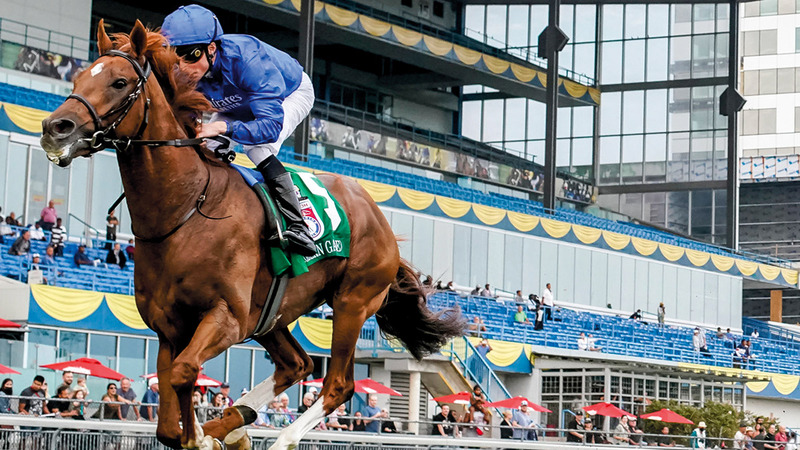 The Godolphin horses continued their brilliance in the field of racetracks around the world, after they achieved, under the supervision of coach Charlie Appleby, yesterday, two deserved victories at the Canadian “Woodbine” track, with the classic champion “Modern Games” snatching the title of the main race “Woodbine Mile”. For the horses of the first category for a distance of 1600 meters, and the success of “Mysteria Knight” in gifting the team, to maintain its title last year in the opening game “Summer Stakes”, which was crowned in the 2021 edition by his colleague in the stable, the pony “Al Bahar”.

The jockey, William Buick, succeeded in leading Modern Games to cross the finish line in first place with a time of one minute 32 seconds and 77 milliseconds, 5.25 lengths ahead of the second-placed Brazilian horse “Ivar” owned by “Bon Chance Farm” under the supervision of coach Paulo Lobo, and led The jockey Joseph Talamo, for the Emirati horses to continue their brilliance after the horse “Vinice Sound” came in third place with the slogan of Sheikh Mohammed bin Obaid Al Maktoum, and the supervision of coaches Simon and Ed Crisford, and led by Andrea Atzini.

The jockey, William Buick, was able to repeat the same scenario with the pony “Mysteria Knight” in the “Summer Stakes” run, six lengths away from his closest competitor, the horse “Ebrise”, owned by the “Klaravich” stables, under the supervision of coach Chad Brown, while the third came the pony “Philip May Deer”. ».