A football player who works as a food delivery worker! 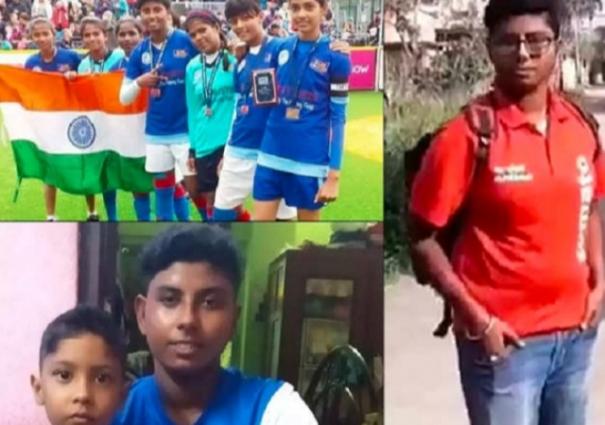 Setting up a business in the sports industry is still a challenge in India. Those who dream of becoming a sportswoman or sportsman in their childhood have to give it up due to some reasons like family or financial need during their journey.

There are many soldiers who switch to other jobs just to earn a living. Recently, a video of an Indian football player becoming a food delivery representative has gone viral.

She is Polami Adhikary a football player who has represented India at the international level. Today she has to support her family as an online food delivery person. #football pic.twitter.com/pGnJ0QOUEg

Setting up a business in the sports industry is still a challenge in India. That viral video has become another proof. The featured footballer is Polami Adhikari. He belongs to West Bengal. Polami has represented West Bengal in the Under-16 category and has played international matches.

He delivers food for Zomato and earns between Rs 300 and Rs 400 daily. Polami said in the video, “I have played for India in countries like Britain, Germany and Sri Lanka. My mother died when I was young. So the burden of carrying the family is on me. I have an older sister. He is married and gone. Now studying in Saruchandra University. I do food delivery on Zomato part-time,” he said.

Many people are sharing this video. Under that one, I have seen a lot of this happening to players in sports other than cricket. Boxing, hockey, and now football, he posted. Another person mentioned that people like this should be given proper jobs and respect.