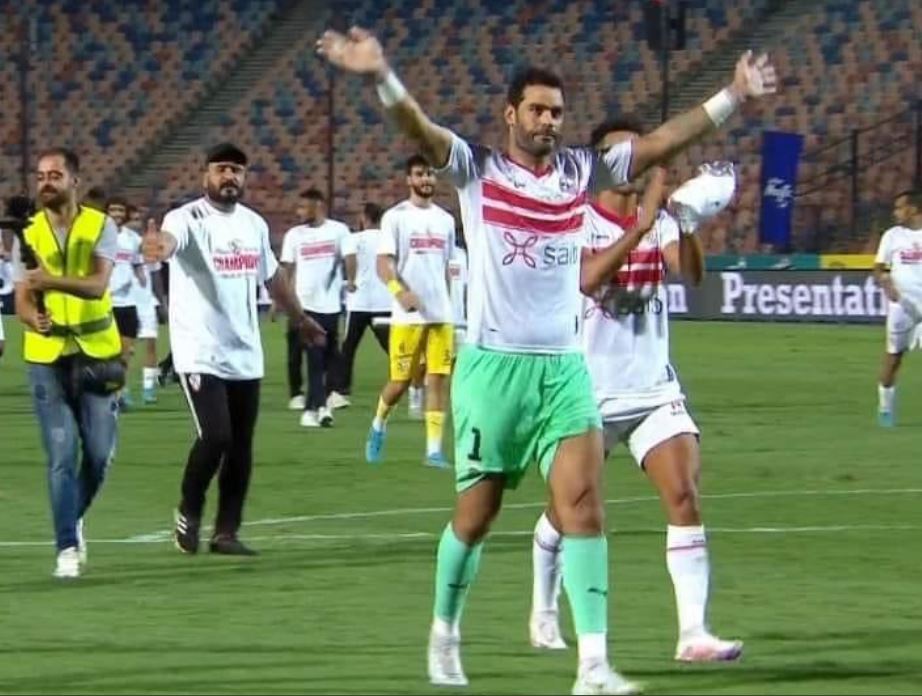 Mohamed Abdel-Monsef, the Alexandrian goalkeeper, announced his retirement from football at the age of 45, after a 27-year career in the green rectangle, after the match against his former team, Zamalek, declaring that he had become the most participating player in the history of the Egyptian League. Abdel-Monsef said in televised statements yesterday, after the 1-1 draw, that his appearance after meeting Zamalek in the white shirt was an announcement about the end of his career in the stadiums.

He added, “There is no match more important than this to announce the end of my career in the stadiums, after I reached the 454th match in the history of my participation in the league.” Abdel Monsef played 454 games in the Egyptian League, after starting his career in the 1994-1995 season, surpassing Al-Ahly goalkeeper and former Egypt national team Essam El-Hadary (451 matches).

Abdel-Monsef explained that he made his decision as soon as he was satisfied with the fate of Al-Ittihad of Alexandria and ensured his survival in the league, noting that he preferred to retire while standing on solid ground, as he sees that he is still able to give for 3 seasons, but the current season was very difficult. Abdel Monsef played for the clubs of Dina Farms, Zamalek, El Gouna, Enbi, Wadi Degla and Al Ittihad of Alexandria.

Internationally, he participated with Egypt in winning the 2006 and 2008 African Cup of Nations as a substitute goalkeeper. And Mohamed Abdel Monsef expressed his welcome to work in Zamalek after his retirement, stressing that the white team is the big house for him. He revealed his intention to establish a major project related to sports services in the next stage.