A fourth wave of Corona… Has Omicron arrived in Sudan? 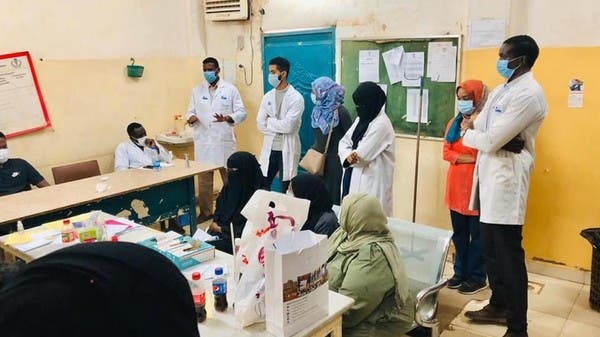 Coinciding with the winter season, respiratory diseases in general and colds in particular are active, as the capital, Khartoum, is witnessing a violent wave of chest infections and colds, and an increasing rate of spread of the Corona virus in its fourth wave, which was more fierce than its predecessors.

At the beginning of October of last year, the country witnessed a fourth wave of Corona, during which infections increased dramatically to decrease in late December, then the virus re-attacked again in the first week of January this year, as the new cases registered with the Ministry of Health doubled.

This wave was more complicated because it coincided with the winter season and the symptoms of normal chest infections are similar to Corona, so he does not know who suffers from a fever, headache, or a cold Corona, who was struck by a cold or a cold, and most families are satisfied with “municipal” treatments. To a pharmacist and dispenses the drug without the necessary medical diagnosis.

Al-Arabiya.net obtained a statement from Dr. Al-Taher Abdul-Rahman Al-Taher Abdul-Rahim, Deputy Director of the Senior Department of Isolation Centers (ICC) in the General Administration of Therapeutic Medicine of the Ministry of Health in Khartoum State, to answer citizens’ questions and concerns about this spread, as he said that the spread increased by 50%. Most patients who arrive in hospitals have mild symptoms, similar to those of normal infections, and it is later found that they are infected with the virus after conducting an examination.

This fourth wave, with its wide spread, however, most patients are isolated at home and their cases do not require hospitalization in isolation centers, and this was confirmed by Abdel Rahim, who said: “The isolation centers are currently occupied by 40%.

When we asked the deputy director of the senior management of the isolation centers in Khartoum about Omicron, was the mutant suspected in any case? Dr. replied. Abdel Rahim said that they do not rule out the entry of the new mutant Omicron to Sudan, especially with this large spread. He said: “The prevalence rate, the infection of the vaccinated people, and the basic symptoms differed from the previous wave, and this could be a new mutant.” He continued, saying that the infections of health personnel in all isolation centers indicate that this is a new strain of the virus. He added, “It is not possible to confirm the existence of a new mutant except by genetic sequence, and this is not available in Sudan.”

The effect of the demonstrations

Thousands of citizens gather almost daily in the capital to protest the measures of the 25th of October, these gatherings have exacerbated the Corona crisis in the country despite the efforts made by a number of voluntary bodies and activists in health and awareness work and resistance committees, estimated efforts in preparing sterilizers and masks and distributing them within processions and direct sterilization With large spray pumps inside the gatherings, however, it is difficult to compel all these groups to take health precautions from social distancing and wearing masks. It is sufficient for one person to carry the virus to transmit it to a large number of them.

The Joint Supreme Committee to Combat Corona in Khartoum has warned of the escalation of injuries in the fourth wave that is hitting the country, calling for abandoning the state of laxity in dealing with Corona. She said, according to the Sudanese News Agency, that the confirmed injuries amounted to 792 injuries in the first week of January, compared to 336 injuries in the last week of December, and the deaths amounted to 42 cases.

In light of the limited capabilities of the isolation centers in the state, the Director of the Epidemiology Department, Dr. Mohamed El Tijani warned of the danger of the fourth wave, calling for full adherence to health precautions.