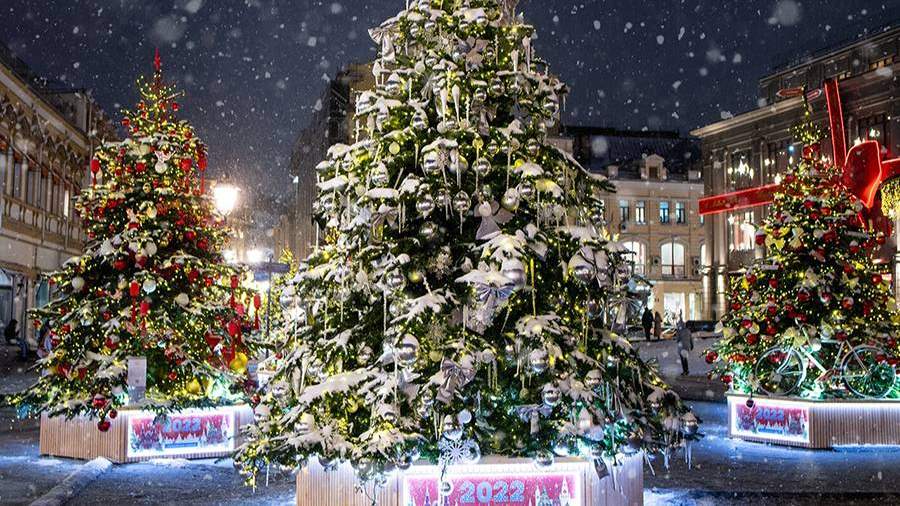 A gallery of New Year’s trees, decorated with the participation of designers and media personalities, was opened in the capital on Kuznetsky Most Street as part of the Travel to Christmas festival. The official website of the mayor of Moscow reports this on Wednesday, December 22.

“The main theme of the project this year is“ Fir-trees of big cities. New Year’s traditions ”, therefore, walking along this festival site, you can“ visit ”Paris and Madrid, New York and Lisbon, Seoul and Copenhagen. And, of course, to see the Christmas tree, the decoration of which was inspired by Moscow, ”said Aleksey Nemeryuk, head of the Moscow department of trade and services.

The gallery includes 15 festive fir trees. Next to each tree there is a plate with a QR code, by scanning it, you can find out what sources their decorators were inspired by when they created the festive decoration, the Moscow city news agency reports.

Thus, Moscow inspired the designer Yana Raskovalova. In the decor of her New Year’s tree, the urban rhythm and technological New Year’s decoration. At the top of the tree is the star of the Spasskaya Tower, writes “Moscow 24”.

Fashion designer Anastasia Zadorina decorated the Christmas tree with winter sports pictograms in anticipation of the start of the Beijing Winter Olympics, according to kp.ru.

Earlier that day, work on decorating a New Year tree was completed on the Cathedral Square of the Moscow Kremlin. The main motive for the design was the fairy tale “Morozko”. The same decorations were used last year, according to the “360” TV channel.

The height of the tree is 28 m, the trunk diameter is 56 cm, and the span of the lower branches is about 10 m.