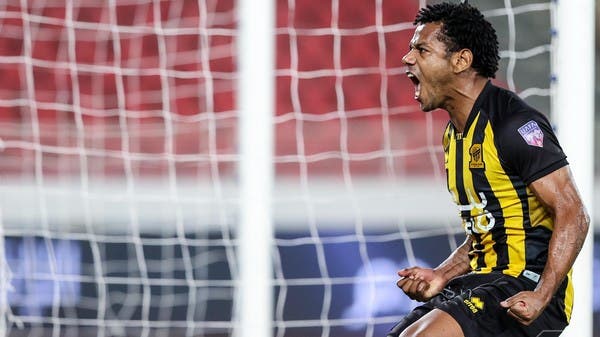 The Brazilian Romarinho separates one goal from entering the history of the Jeddah Federation to become the team’s top scorer during one season of the Mohammed bin Salman Professional League.

The Brazilian scored 20 goals during the previous rounds of the current season, and he has an opportunity to increase his yield when the Jeddah Union hosts its sub-match at the King Sports City Stadium in Jeddah in the last round of the competition on Monday evening.

Romarinho’s 20 goals came in the home and back nets of Al-Raed, and Abha two goals in the first leg and a goal in the second leg, Al-Taawon and Damak and a double in Al-Fateh back and forth, then a goal in Al-Ta’i, Al-Fayha’, Al-Faisaly, Ahli Jeddah and the capital Riyadh trio Al-Nasr, Al-Shabab and Al-Hilal, and two goals in the nets of Rais Mbulhi, goalkeeper of the agreement.

During the 2013-2014 season, Mokhtar Fallata is equal with Romarinho with 20 goals for players as the top scorer for the Jeddah Union in the professional league during one season, and the Brazilian is missing another goal to set the record in the history of Western Yellow.

Romarinho became the first foreign player to score so many goals for Al-Ittihad in one season, after he broke up with Venezuelan Rivas, who scored 19 goals in the 2015-2016 season.

This season is the best in Romarinho’s career throughout his career in league competitions, and the closest to him are the 2020-2021 seasons with Al Ittihad Jeddah when he scored 16 goals, and 2014-2015 in the army shirt in the Qatari league with 16 goals as well.