A goalkeeper saves a fan from death and turns into a hero.. (Video) 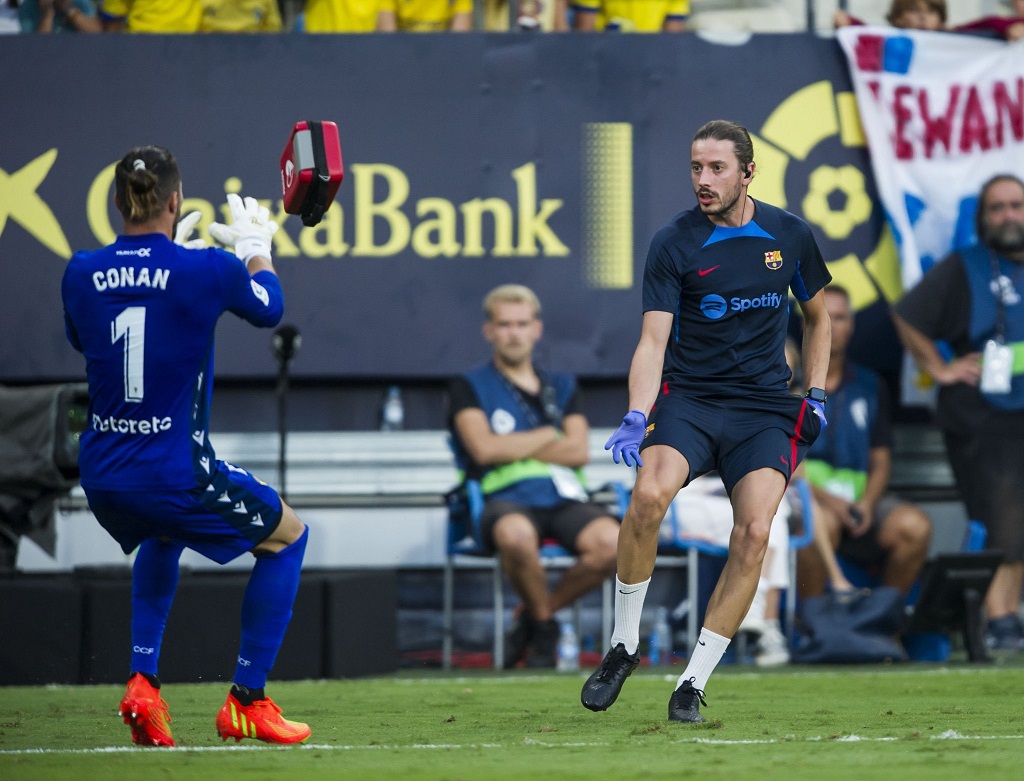 Cadiz goalkeeper Jeremias Ledesma received a great deal of praise after his quick wit helped the medical team save the life of a fan after his heart stopped during Saturday’s match against Barcelona in the Spanish Football League.

The match was stopped in the 81st minute when a fan fell behind the goal, but Ledesma rushed to get a device used to stimulate the heart.

He quickly returned to the scene of the incident and threw the box to the medical staff, to be praised through social media, after a video clip of the incident spread widely on the Internet.

“One of the medical teams went to the stands with a cardiac stimulator and a monitor, and the resuscitation process began,” Kadesh said in a statement.

“At the same time, Barcelona presented a second device to stimulate and regulate the heartbeat, if necessary, and the players themselves brought it to the region,” the statement continued.


“The recovery process was positive after a few minutes and the fan was taken to the intensive care unit of Puerta del Mar Hospital, where he is receiving treatment so far.”

Barcelona won the match 4-0 after the match resumed, and Barcelona coach Xabi Hernandez said that the completion of the match depended on the condition of the fan.

Xavi told reporters, “We met together, the referees, Cadiz and Barcelona, ​​and we decided to resume the meeting, we are happy that there was no tragedy.”

He added, “We are talking here about the life of a human being, and the life of any human being is more important than any football match. So, resuming the match was contingent on his recovery, and that is what happened.”

Cadiz goalkeeper throws an electric shock device to help the medical staff to save the fan#La Liga #Barcelona_Cadiz pic.twitter.com/I1vDK5R1Gi