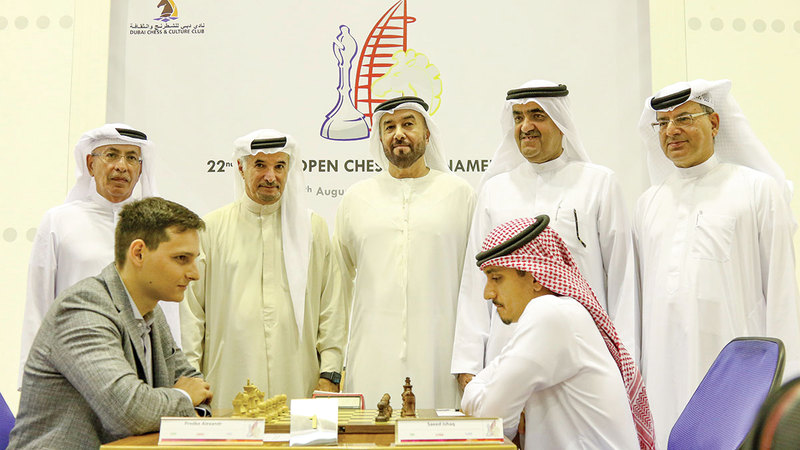 The 22nd edition of the Dubai Open Chess Championship, organized by the Dubai Chess and Culture Club, kicked off yesterday evening, with the participation of 170 players, including 100 international title holders.

The results of the first round resulted in great control of the master players over the lower-ranked players, as the Russian first-ranked Alexander Pridky defeated the American Chop Jayesh Lada, and the Iranian Muhammad Tabatabai managed to beat the Indian Ujas Kulkarni, and the Indian Brajananda beat the Iranian Reza Mahdavi, while the Argentine Sandro managed Mariko from the victory over the Iranian Bardia Vessi.

Among the results of the Arab players, the Egyptian Ahmed Adly defeated the Emirati Salem Ghuloom, and the Yemeni Al-Qadimi defeated the Omani Amer Al-Ma’ashani.