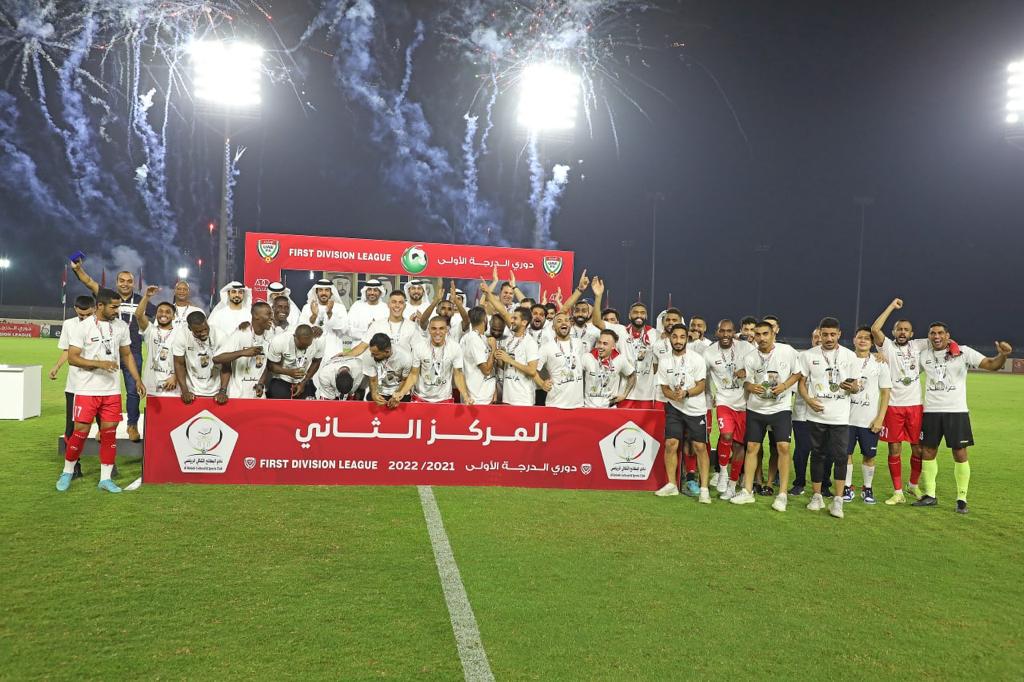 Al-Bataeh was honored in the last round of the championship after his victory over Al-Hamriya (4-2), bringing his score to 67 points. The players were handed silver medals in a special Ramadan and public atmosphere.
It is noteworthy that Al-Bataeh’s rise is the first in the team’s history after three seasons in which the team participated in the championship and was supervised by Tunisian coach Tariq Al-Hadiri.