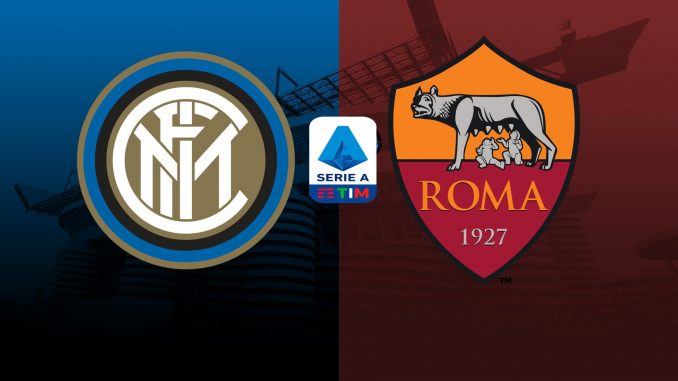 Napoli appears to be a candidate to stay in the lead when it hosts Torino on Saturday in the opening stage of the Italian Football Championship, while Inter and Roma meet in a hot summit in Milan (Saturday at 20:00 UAE time).
Napoli leads the standings with 17 points, with a goal difference against Atalanta, and they are the only two teams that have not lost so far this season.
Napoli is making good performances this season in various competitions, despite the departure of its most prominent stars, led by captain Lorenzo Insigne, Spanish midfielder Fabian Ruiz, Senegalese defense pole Kalidou Coulibaly, Belgian winger Dries Mertens and Colombian goalkeeper David Ospina.
In addition to his five victories and two draws in the league, he achieved the full mark in the group stage of the Champions League with two great victories at home to Liverpool, last season’s summer, 4-1 and its Scottish host Rangers, with three clean goals.
The southern team, which is seeking its third title in its history and the first since 1989-1990, hopes to achieve its fourth consecutive local victory to confirm its readiness for the expected summit against its Dutch host Ajax Amsterdam next Tuesday in the third round of the first group competition in the prestigious continental competition.
Coach Luciano Spalletti’s team hopes to take advantage of the shaky morale of the Torino players, who have won one in the last four matches, including two defeats in the last two stages, and to intensify the pressure on Atalanta, who are facing a relatively more difficult test against their guest Fiorentina on Sunday.
Atalanta enters the match, delighted with its precious victory over its host Roma 1-0 in the last stage, and will find itself required to win to restore the leadership partnership with Napoli in the event of the latter’s victory over Turin, and avoid falling to third place, as the third direct pursuer Udinese is facing a relatively easy test on Monday against Verona VII. Tenth at the end of the stage, and AC Milan, the defending champion and fifth with 14 points, with a goal difference behind Lazio IV, will visit Empoli for the fourteenth on Saturday.
Udinese rebounded after a 2-4 loss to Milan and a goalless draw with Salernitana, and scored five consecutive victories, while Milan suffered its first loss this season when it fell to its guest Napoli 1-2 in the last stage and gave up the lead.
The Empoli match will be a rehearsal for the Lombardy team before it travels to the British capital, London, to face its host Chelsea next Wednesday in the continental competition.

On Saturday, attention will turn to the “Giuseppe Meazza” stadium, which will be the scene of a hot summit between Inter Milan, the summer of last season, and the 2021 champion with Roma.
The two teams are looking to correct their course in the league in order to enhance their chances of competing for the title and restore the tone of victories after two setbacks for each in the last three stages, with Inter losing against its neighbors Milan and Udinese, and the capital team against Atalanta and Udinese.
Roma is sixth with 13 points, one point ahead of Inter, fifth.
Inter Milan aspires to exploit the ground workers and the public to win the three points and raise morale before hosting Barcelona next Tuesday in the Champions League, as it seeks to enhance its chances of reaching the final price.
Inter share third place in Group C with the Catalan team with three points, three points behind leaders Bayern Munich.
Inter have lost four times in nine matches in various competitions, and their sudden fall against Udinese 1-3 in the last stage raised questions about the future of coach Simone Inzaghi.
But his vice president, former Argentina international star Javier Sanetti and chief executive Giuseppe Marotta this week denied that Inzaghi’s future was in danger.
“We’ve always had faith, when things don’t go well, you have to keep that bond between everyone,” Sanetti said Sunday.
Inzaghi’s team suffers from the continued absence of the injured Belgian international striker Romelu Lukaku, who has not played since last August.
Last season’s losses of 140 million euros ($133.9 million), which were announced on Wednesday, fueled rumors that the club would have to sell Slovakian international defense magnate Milan Shkriniar to Paris Saint-Germain, either next January or at the end of the season.
Roma’s situation is not much different from Inter, as they have lost three times in nine matches so far this season, and a strong match is also awaiting them at home against their Spanish guest, Real Betis, next Thursday in the group stage of the European League “Europa League”.
Roma will play the match in the absence of Portuguese coach Jose Mourinho, who led Inter to a historic treble in 2010 (the league, the domestic cup and the Champions League), because of the suspension for his expulsion against Atalanta.

Juventus to heal his wounds

Juventus has the opportunity to heal its wounds and return to the winning path when it hosts Bologna XVI on Sunday.
The “Old Lady” team achieved only two wins in the league this season, compared to four draws and one loss, as it occupies the eighth place with 10 points, and the fate of its coach, Massimiliano Allegri, appears on the line.
Juventus failed to win in its last five matches in various competitions, including two losses in two rounds of the continental competition against its host Paris Saint-Germain 1-2 and its Portuguese guest Benfica with the same result, and will host Maccabi Haifa of Israel Wednesday in the third round.
The stage will witness a historic event this weekend by assigning a woman to lead a first-class match for the first time.
According to press reports, Vieri Capote, who was promoted to the elite Italian referees last July, will lead the match between Sassuolo and its guest, Salernitana, on Sunday.
Ferreri Capote, 31, had previously supervised matches in the third division last season, but she led a match where one of its sides was also in the first division, Cagliari, during his confrontation with Cittadella in the Italian Cup last December.
Sunday also plays Lazio with Spezia, Lecce with Cremonese, and Sampdoria with Montaza.