A Houthi leader attacks his group: This is why they will not accept to stop the war 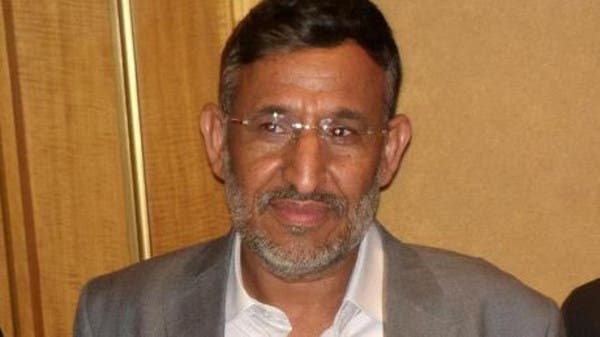 The founding leader of the Houthi group, Saleh Habra, attacked the militias, accusing them of profiting from the war’s survival, stressing that they would not abandon the war even if it lasted for a hundred years, as a result of the interests that those he called “warmers” derive from the Houthi leadership.

Habra, who was head of the Houthi political office, said that the reality proved that the “eight years” was a war run by war merchants and had nothing to do with the interests of the country or the citizen, and that the slogans they raised were nothing more than deceptive slogans to falsify and deceive the people’s awareness.

He added in a post on his Facebook page, entitled “The Profitable War”, that the Houthi leaders did not provide the “citizen with any interest throughout that period – the war – and they did not relieve him of one of the burdens of the difficult life, but rather targeted him and confiscated all his rights, and confiscated They cut his salaries and cut off the aid provided to him.”

Regarding the levies imposed on citizens, “Habra” said, “They took royalties on the drivers of the tanker, the vehicle, the factory, the crusher, the Hajjar sections, the mountains and the valleys of Al-Nisa.”

He cited the imposition of levies in a case he talked about by saying: “I mediated with the owner of a tanker carrying from one of the mountains in exchange for paying them one-fifth, but they refused only half. We were complaining that Ali Mohsen took a hill in Sana’a. These people came and took the mountains and valleys of Yemen.”

Members of the Houthi militia

He accused the Houthi militia of “sharing with the owners of factories and commercial and popular markets, trading in the citizen’s sustenance and livelihood, and monopolizing imports over their followers in order to control the price of selling them in a way that exhausts the citizen,” he said.

He also accused her of “raising taxes and customs exponentially, exploiting state institutions and turning them into commercial projects that generate money for them, such as electricity, water, transportation, and hospitals, and they took them out of their public service.”

He added, “They took advantage of domestic gas and petroleum and monopolized its import to control its price, and even prevented smugglers from other governorates so that the price of their black market would not be hit to reveal the blackness of their hearts and consciences.”

He pointed out that the citizens and the displaced “have run out of patience and their suffering has multiplied”, while the leaders of the conflict “move around in ivory villas, and their children distribute them to positions or study in private schools, and their women are in a resident bliss.”

Habra asked: By God, do you expect leaders of this state to accept a cessation of war in return for losing all this?! He responded to his question, emphasizing that his companions – the Houthi leaders – “will not accept – stopping the war – and they find someone to fight in defense of their interests if the war continues for a hundred years, because they have not lost anything from the continuation of the war… And take the booty.”

Habra concluded by saying: “These wars revealed to us things that we did not imagine would happen and made us re-read history anew. Most of history is a lie, and all wars are wars of interests in the name of religion.”