A man who urinated on a drunk female passenger: Tragedy on Air India flight 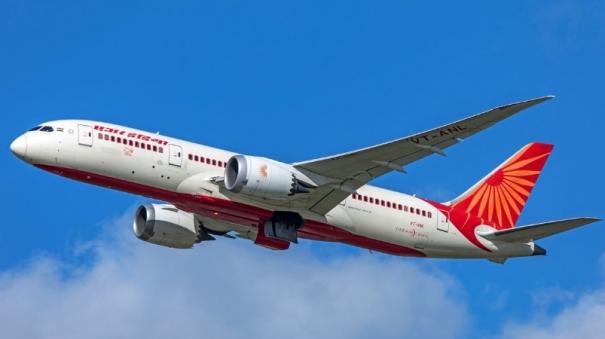 New Delhi: The incident of a fellow passenger urinating on a female passenger in an Air India flight has now come to light. The incident took place on a flight from New York to India on November 26. Following the complaint lodged by the female passenger, it is being considered to ban the concerned person from traveling on the flight.

The affected passenger said, “I was coming to India from New York on 26th November last. An intoxicated person came near my seat when the lights were switched off for passengers to sleep in the Air India flight. Before I could get out of bed, he urinated there. Even after that he stood obscenely without fixing his clothes. .Fellow passengers heard my cry for help and removed the man. The flight crew gave me a change of clothes. They spread a different seat on the seat. I complained about my distress. But after the plane landed the man disembarked as if nothing had happened. The flight crew remained lenient on this matter. ” wrote a letter to Tata Group Chairman N. Chandrasekaran.

In this case, it has been reported that the Aviation Regulatory Authority is considering imposing a lifetime ban on the drug addict from flying.