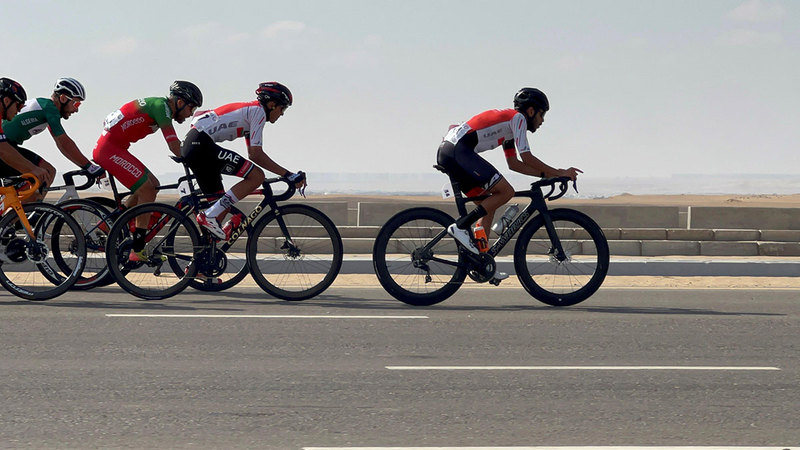 A collective fall of a group of cyclists, during the 150 km road race within the Arab Championship, currently being held in Egypt, deprived the senior national team of crowning a new Arab medal, as four of the team’s cyclists fell with another group of participants in the first lap of the race, to end The Emirati mission has won 15 colored medals so far, the People of Determination competitions and the road race.

During the road races, the national team achieved 11 medals (four gold, five silver and two bronze), the largest number of medals won in the history of its Arab participation, and ranked second behind Algeria, which surpassed in the number of gold medals.

The Emirati bikes have so far completed the People of Determination and Road Championships, and the number of medals has reached 15 colored medals.

Today, the President of the Cycling Union, Mansour Bouassiba, and Yasser Al-Dokhi, the Secretary-General of the Federation, arrive in Cairo to attend the General Assembly of the Arab Federation tomorrow.

• 15 colored medals crowned by the UAE delegation during the People of Determination competitions and the road race in the Arab Cycling Championship.