IndiaA mother who came in an ambulance with her 2-day-old baby and...
India 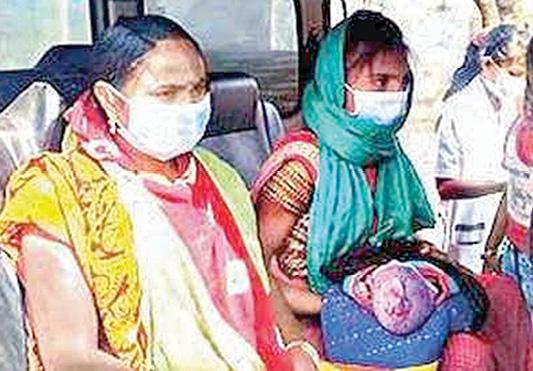 Local body elections were held in Gujarat on the 21st. The election was also held for the Bhavnagar Corporation. Vaishali (25) is from the area. She was a full month pregnant and was admitted to the hospital there.

A few days ago he had a baby girl. He returned home in an ambulance from the hospital last Sunday. Vaishali, who did not want to go straight home, went to the polling booth of Bhavnagar Corporation and cast her vote. The health worker, who was in the ambulance, took care of the 2-day-old infant until he came to vote.

Vaishali said, “It is the chief duty of the people to vote in all elections. The ambulance driver and the health worker understood my wishes and waited at the polling booth. I thank them.”

Previous articleConsequences of climate change: Prime Minister Modi warns at IIT Kharagpur graduation ceremony
Next article5 When is the State Assembly Election? – The Election Commission today is the main consultation to decide the schedule