A mysterious visit by Ronaldo to Madrid on a private plane 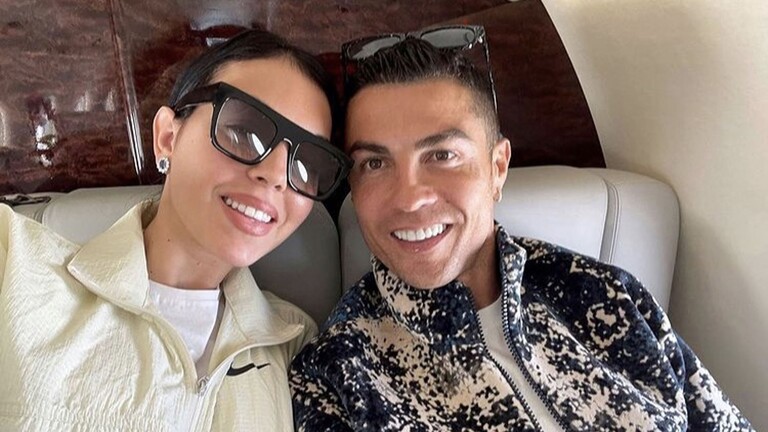 Manchester United star Cristiano Ronaldo and his partner Georgina Rodriguez traveled to Madrid this week after being left out of the FA Cup match against Aston Villa with a thigh injury.

According to the British newspaper, “The Sun”, the duo traveled to Madrid using a private plane worth 20 million pounds, to eat a romantic meal and spend a night in a luxury hotel, while questions revolve around his future with Manchester United.

The newspaper pointed out that the reason for Ronaldo’s visit to Madrid is not yet clear, and it is not known why he chose to stay in a hotel instead of the player’s villa, which is worth 4.8 million pounds.
And the newspaper “Daily Mail” linked a picture that Ronaldo published through his account on “Instagram” on Tuesday morning, in which he appeared comfortable by the lake, taken in the Spanish capital, Madrid, and his attempt to get out of the anxious situation he is living with Manchester United and what is rumored about his disagreement with His new German coach, Ralf Rangnick, because of his erratic policy within the team.
According to “Russia Today”, many reports recently claimed that Ronaldo is looking for a new opportunity next season outside the walls of Man United, whose contract extends with him until 2023.

This season, Ronaldo participated in 22 matches in various tournaments with the “Red Devils”, scored 14 goals and gave his teammates 3 assists.