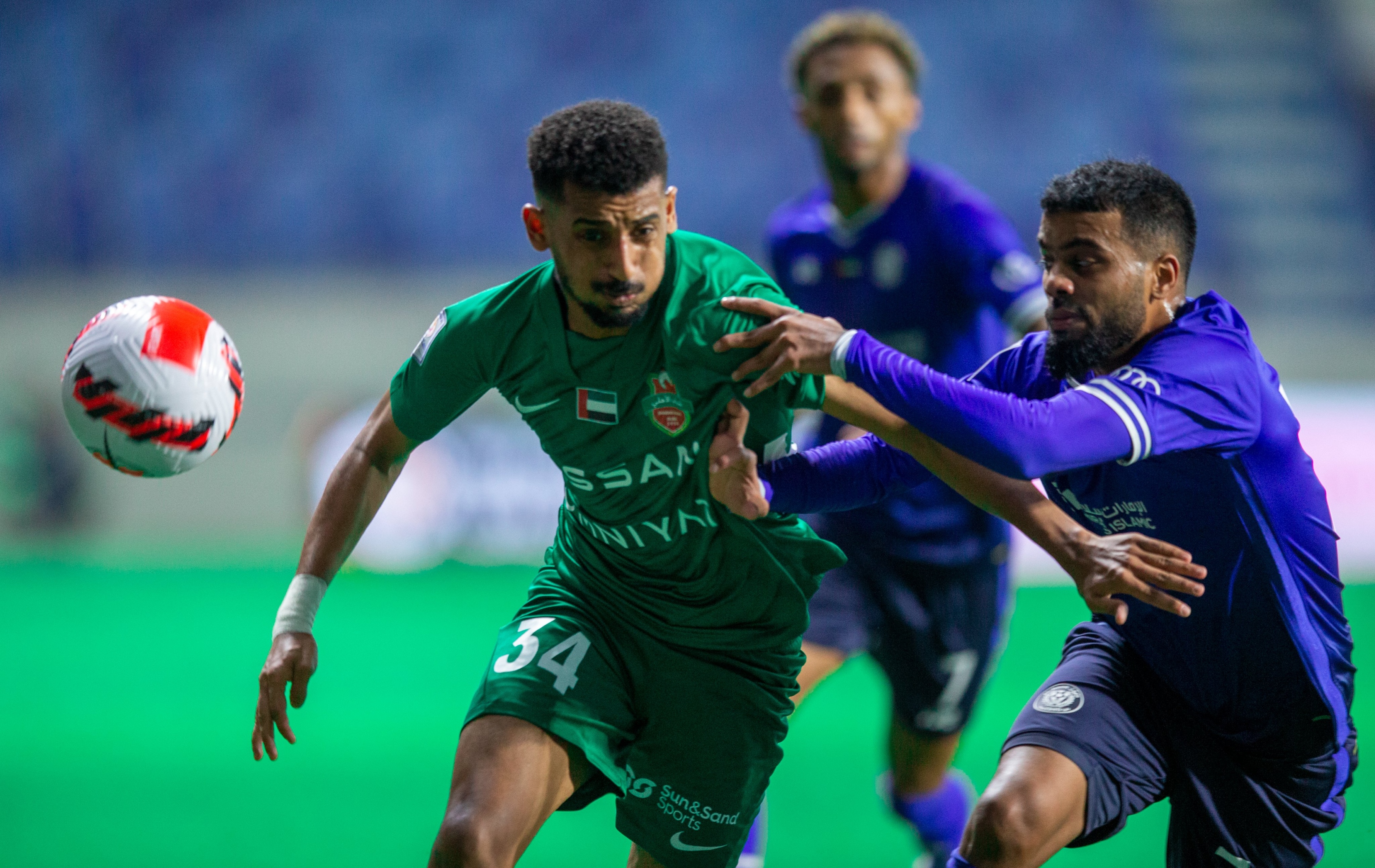 Al-Nasr deprived its guest Shabab Al-Ahly of a precious victory, after imposing a 1-1 draw at the deadly time with a penalty kick, during the “Dubai Derby”, Sunday, at Al Maktoum Stadium in Al Nasr Club in the tenth round of the ADNOC Professional Football League, to continue the link in the points Between the two teams with 17 points each.
The referee canceled two goals in the first half, one of Al Nasr scored by Glaubert Lima in the tenth minute, and another for Shabab Al Ahly scored by Yahya Al Ghassani (14) for offside.
After the first half ended in a goalless draw, Al-Ahly youth scored the first goal through Mahdi Kaidi (63) from Yahya Al-Ghasani’s pass, before Al-Nasr managed to equalize in the deadly time from a penalty kick, caused by Majed Nasser to counter its implementation with success Antonio Jose (87). Shabab Al-Ahly player Abdullah Ali received a red card (93).
Al-Ahly youth coach, Mahdi Ali, paid Omar Abdel Rahman “59” in his first official appearance after a long absence from the stadiums due to injury.
The start of the match came fast and strong on the part of the two teams, and the attempts of Yahya Al Ghassani, Mohamed Gomaa Eid and the Brazilian Yuri Cesar posed a great danger to the Nasraoui goal, but it lacked the final touch and the striker who translates the chances.
The second half witnessed a clear superiority for Al-Ahly youth to translate their preference by scoring the first goal, which gave the team’s players a great moral boost, but Al-Ahly youth retreated in the last minutes amid great pressure from the Dean.
Although he was late in the match, Al-Nassr did not give up and managed to adjust the result and deprive Al-Ahly youth of getting the full mark in the match by equalizing with him 1-1.