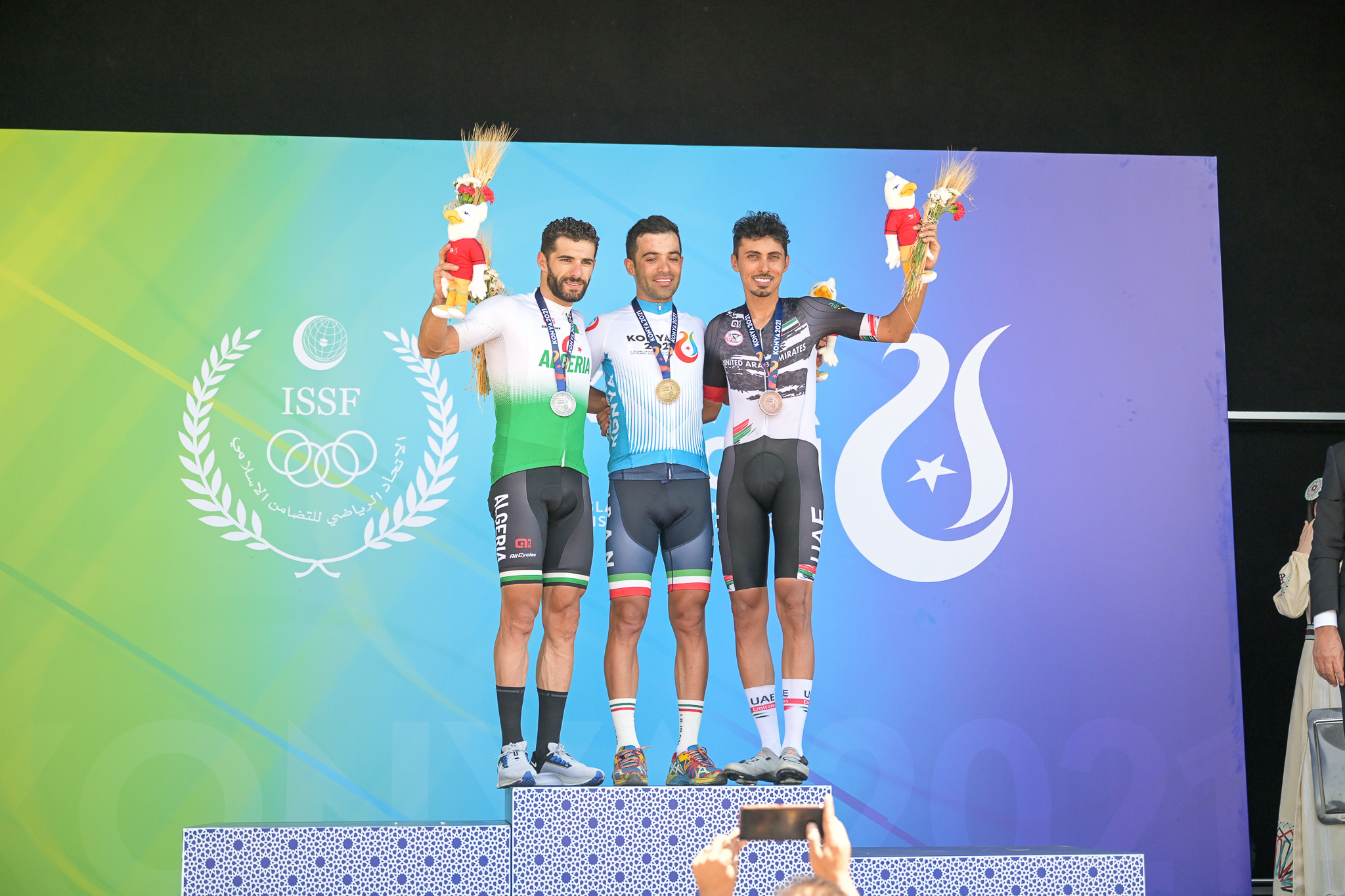 Today, Yusuf Mirza, the star of the cycling team, added a new bronze medal for the UAE in the activities of the Fifth Islamic Solidarity Games, which will be hosted in Konya, Turkey, until the 18th of this month. Mirza won his second medal in the men’s 130 km individual road race, after achieving the gold points in the track competition, bringing the UAE’s medal tally to 7 colored medals, two gold, silver and two bronze, in addition to the two bronzes for the bow and arrow team for People of Determination. Iranian cyclist Mohammad Janjkhanlou won the gold in first place, and Algerian cyclist Youssef Rakihi won silver in second place.