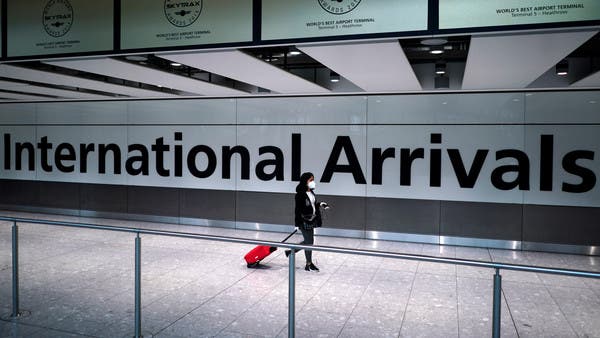 With the emergence of a seemingly worrisome new coronavirus, the European Union has announced that it is considering suspending flights from South Africa.

The President of the European Commission, Ursula von der Leyen, said on Friday, according to Agence France-Presse, that the Commission is proposing to suspend flights from southern African countries.

“The European Commission, in close coordination with its member states, will propose to suspend flights from Southern Africa due to the mutant B.1.1.529,” she wrote on Twitter.

The @EU_Commission will propose, in close coordination with Member States, to activate the emergency brake to stop air travel from the southern African region due to the variant of concern B.1.1.529.

The most important transformation ever

While Britain confirmed today that scientists consider the discovered virus strain to be the most important mutation ever, and therefore it is necessary to know whether it is resistant to vaccines.

The British Health Security Agency also indicated that the mutated strain, which was called B1.1,529, contains “spike protein”, which forms the spiny protrusions found on the surface of the corona, which is completely different from the protein found in the original virus that Covid-19 vaccines were made on. Its foundation!

Simultaneously, Germany announced that it would ban the majority of flights from South Africa, due to the new mutation.

This German move came, after Britain and Israel (which recorded the first infection with the new mutant today) yesterday, Thursday, banned all flights from those countries, to prevent the spread of the new strain that scientists estimated had appeared for the first time in African countries.

Yesterday, a number of scientists announced at a press conference the discovery of a new mutant from Covid-19 in South Africa, the African country most affected by the Pandemic, which is witnessing a new increase in the number of infections. “Unfortunately, we have discovered a worrying new mutant in South Africa,” said virologist Tulio de Oliveira.

They also explained that the mutant, which they called “B.1.1.529”, has a “very high” number of mutations, noting that they do not know at this stage how effective the anti-Corona vaccines are in fighting this strain.

In addition, they suggested that the emergence of this new mutation caused the escalating rise in the number of infections in recent weeks, according to what the South African Minister of Health, Joe Vahla, announced.

It is noteworthy that South Africa, which fears the emergence of a new wave of the Pandemic by the end of this year, is the most affected in the continent by Covid-19, with more than 2.9 million infections and 89,600 deaths.