A new stage.. Britain allocates one billion pounds to Ukraine 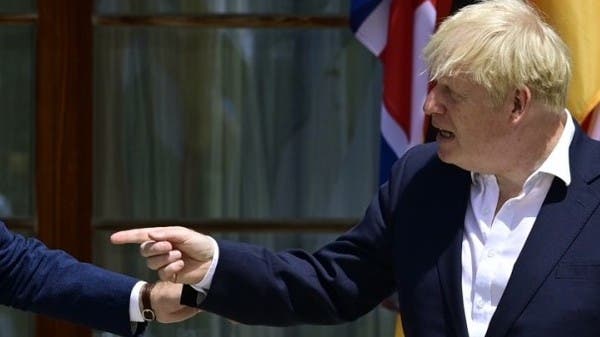 To withstand the Russian military operation, which has begun its fifth month, the British government announced, during a NATO summit in Madrid, the allocation of an additional billion pounds sterling to Ukraine.

She added that the new assistance includes, in particular, air defense systems and unmanned aircraft.

The British Prime Minister also continued in a statement, that this additional amount will raise to 2.3 billion pounds the total value of military aid provided by London to Kiev since the conflict began.

This step was considered the inauguration of a “new phase” of Western support for the Ukrainian army, during which it will be able to launch counterattacks, according to the statement.

It is noteworthy that Britain had lined up strongly during the past months against Moscow, and flooded Kyiv with military aid that cost millions of dollars.

As for the fate and duration of the conflict, British Prime Minister Boris Johnson had seen in a press interview on Wednesday that the world would, of course, want to end the conflict, but he pointed out that at the present time there is no solution or deal available. “Putin is not making an offer of peace,” he said.

In addition, he stressed that the Russian president made a mistake and that NATO had become on its borders.

He concluded by stressing again that the Western countries must support Kiev, in order to strengthen and strengthen its position in any future peace negotiations that may be proposed.

These statements about the Russian president come at a time when the NATO countries are meeting in Madrid, in order to discuss a new strategy to strengthen and raise their military presence on the Eastern Front (Eastern European countries) from 40,000 soldiers to 300,000, and to include Finland and Sweden also in the defensive military alliance. On the background of the Russian military operation launched on the territory of Ukraine on the 24th of last February.