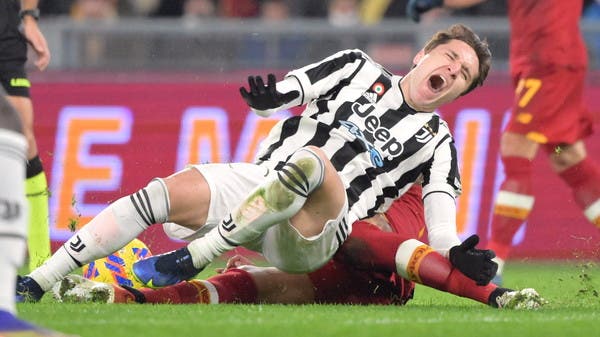 Serie A club Juventus confirmed on Monday that striker Federico Chiesa needs surgery to treat an anterior cruciate ligament problem in his knee, following an injury he suffered in the victory over Roma.

Chiesa, one of the best players in Juventus’ squad this season, was discharged injured from the Olympic Stadium on Sunday in a thrilling 4-3 victory over Roma before arriving at the club’s training ground on crutches for further tests on Monday morning.

Chiesa’s injury deals a severe blow to Juventus, which is trying to revive its fortunes this season, and will also deprive Italy of a dangerous striker in the World Cup qualifiers in March.

The club said Chiesa “will undergo surgery in the coming days” for an anterior cruciate ligament injury to the knee.

Juventus is fifth in the Italian league, 11 points behind leaders Inter Milan, but has played one game more than the defending champion.