A Pakistani in Jeddah tried to commit suicide by swallowing a cement mixture.. Thus he was saved 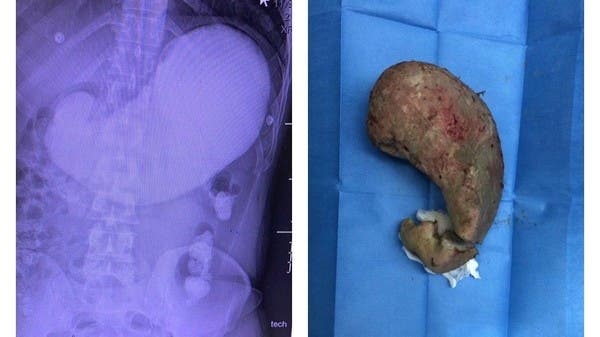 A medical and technical staff at King Abdulaziz Hospital in Jeddah (western Saudi Arabia) managed to save a thirty-year-old Pakistani worker who attempted suicide by swallowing a liquid substance (a cement mixture) that froze inside his guts, which led to a complete blockage in the stomach amid severe pains in the abdomen. the man.

The medical team that saved the man

The Jeddah Health Department told Al Arabiya.net that the patient was transferred as a result of the pain to the emergency room, where all the necessary tests and x-rays were performed.

Upon victory, he was admitted to the operating room and the cement body was extracted from his stomach, and the damage to the stomach tissue was repaired in a process that took approximately three hours.

The Jeddah Health Department confirmed that the patient is currently in good health and in stable condition.