A Palestinian was shot dead by the Israeli army, and dozens were injured in Nablus 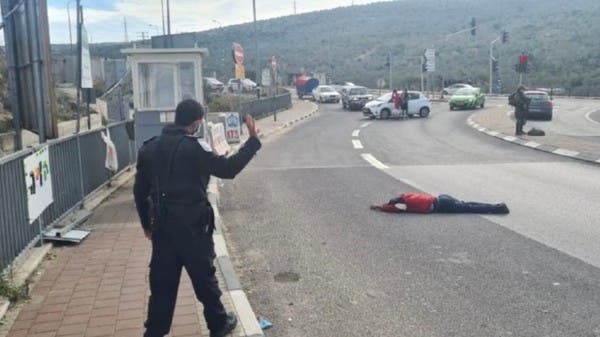 The Palestinian News Agency reported that dozens of civilians were wounded, including one with live ammunition, today, Friday, in clashes with Israeli forces in the town of Beita, south of Nablus.

The agency quoted the director of ambulance and emergency at the Red Crescent in Nablus, Ahmed Jibril, that the victim of live bullets was taken to the hospital, and 7 others suffocated from tear gas.

During clashes with the Israeli army in the village of Beit Dajan, east of Nablus, 44 civilians suffocated.

The Israeli army kills a Palestinian

In addition, the Israeli army stated that its soldiers shot dead a Palestinian in possession of a knife in the occupied West Bank on Friday.

An army statement quoted an initial investigation as saying that the man arrived at a crossroads near the Jewish settlement of Ariel in a car, got off and “ran, armed with a knife, towards a bus stop where Israeli civilians and soldiers were standing,” quoting Reuters.

The Palestinian Ministry of Health confirmed that the young man died, noting that he belonged to the village of Bani Hassan in the Salfit Governorate.

Earlier, the Jerusalem Post reported that Israeli security forces shot a Palestinian in the West Bank. She added that the stabbing attempt did not result in any injuries.

For its part, the Palestinian News Agency described the young man’s injury as “serious”, saying that he was shot in the lower abdomen, before the Israeli army announced his death.

The agency stated that the Israeli army prevented the Red Crescent crews from dealing with him and providing him with ambulance.