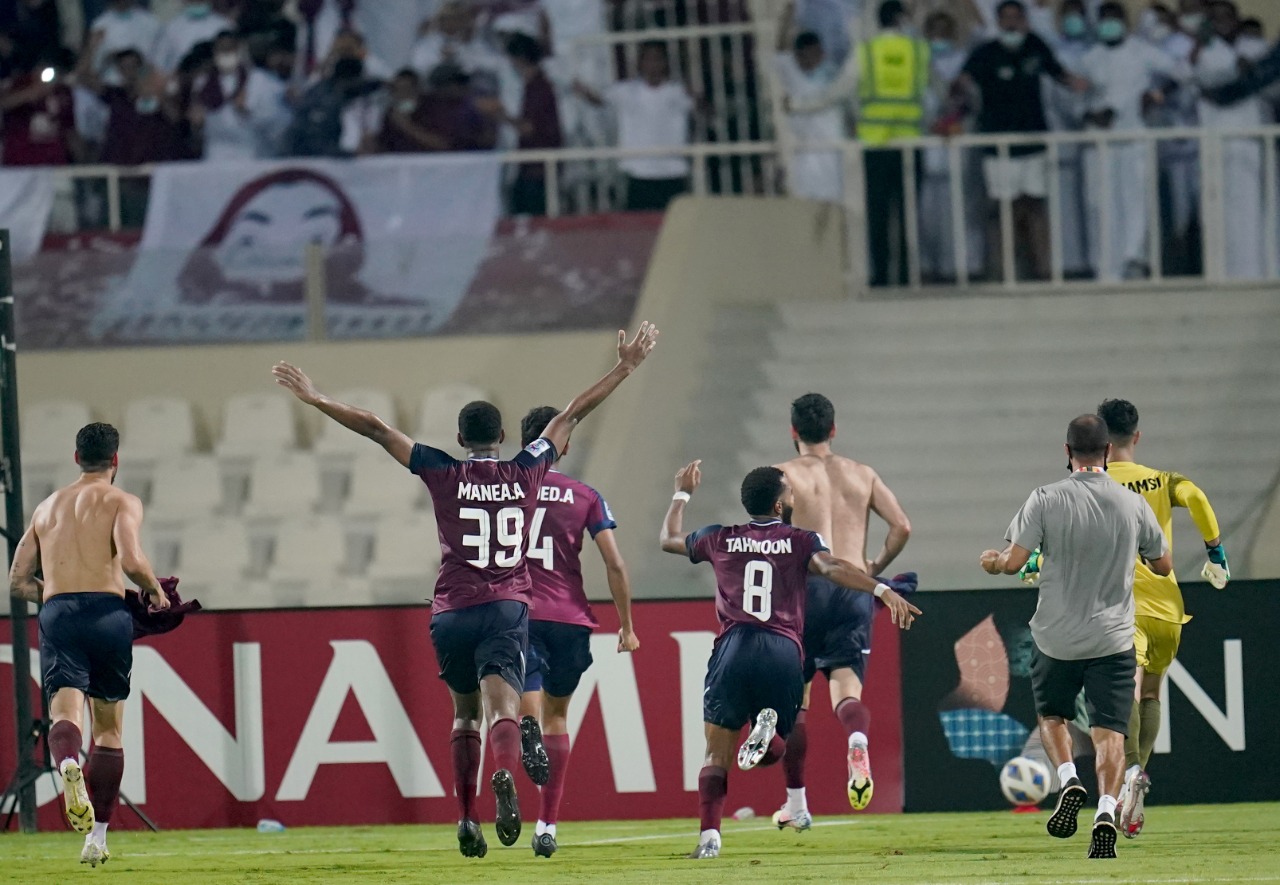 The Sharjah summit and its guest Al Wahda team yesterday in the round of 16 of the AFC Champions League at Sharjah Stadium revealed all its secrets until the last penalty kick in the match that extended for a marathon time, which witnessed the two teams equalize with a goal for the same in the original time, then two additional games without change, before Al Wahda turned the table on The “King” in a penalty shootout, where Sharjah was ahead in the kicks until the moment when he asked the Congolese Ben Malango to score a kick to qualify the team, so he missed it after a wonderful save from Al Wahda goalkeeper Mohammed Al Shamsi, while Al Wahda returned in the kicks and managed to qualify for the quarter-finals In a very dramatic and exciting way.

Al Wahda player Jose Angel missed the first kick for his team, while Ben Malango missed the fifth kick for Sharjah and Khalil Khamis the sixth kick, while Al Wahda player Tahnoun Al Zaabi managed to take the sixth kick to lead his team to the next round of the tournament. With this loss, the Sharjah team bid farewell to the championship due to the holding of matches for this role from one round only, instead of going back and forth, as the team withstood the 120 minutes of the match in its original and additional times. Joy prevailed among the fans of Al-Wahda, while sadness descended on the circles of the Sharjah public.

The performance of the two teams in this match was affected by the heat of the weather and the high humidity. The match witnessed a crowd of 2,100 fans in the stands.
The goal of progress for the unit was scored by the Syrian professional Omar Khirbin “56”, and the Brazilian Bernard Duraty “58” was just for Sharjah. The two teams did not provide a convincing technical level during the first half, which ended in a goalless draw.