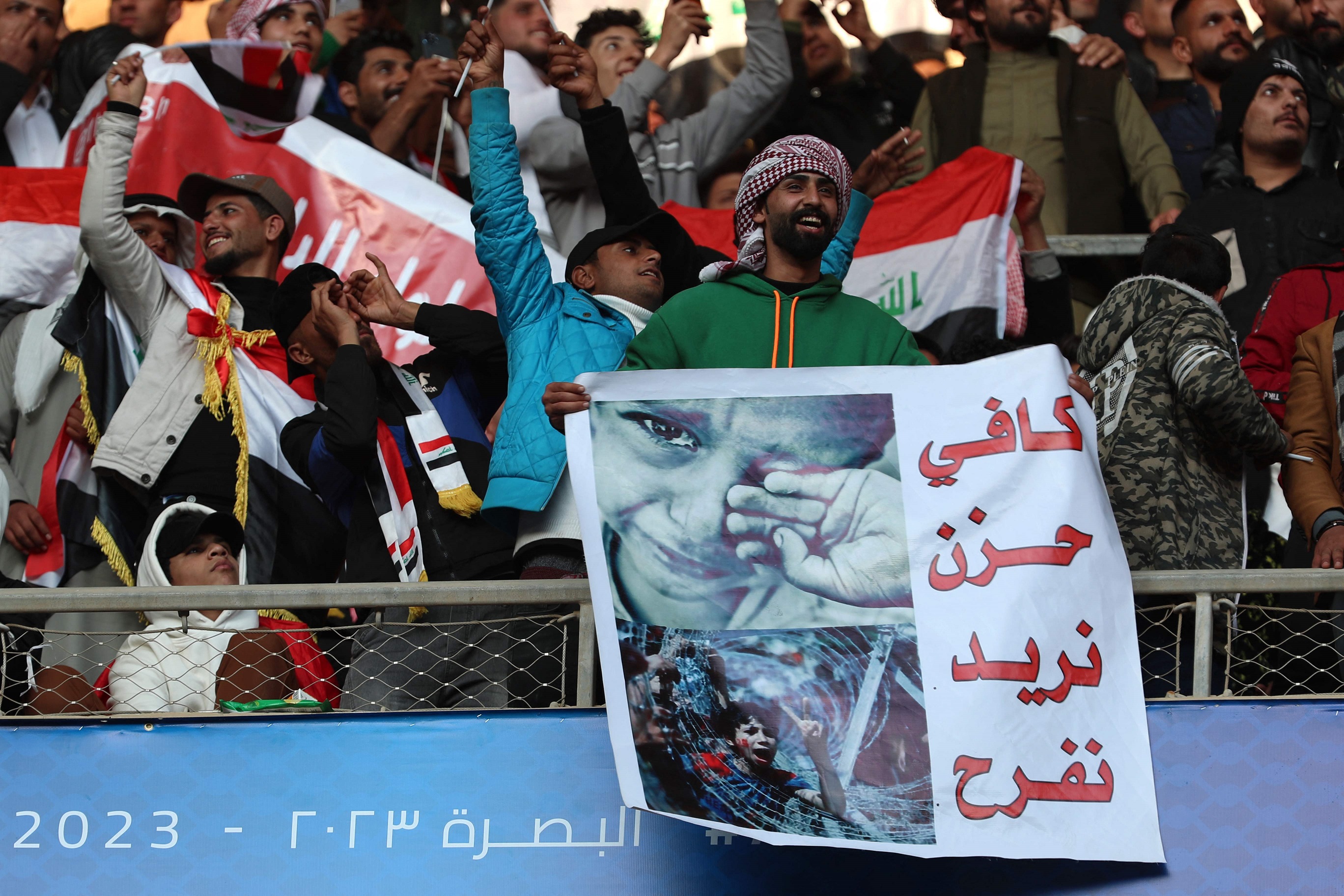 An Iraqi fan summarized the events that preceded the Iraq-Oman match in the final of the 25th Gulf Football Championship, with a picture that he raised in the stands of the Palm Trunk Stadium in Basra, on which he wrote: “Enough sadness, we want joy.”

The picture justified the state of stampede and the large public presence on the stands, as the cheerleader appeared laughing, while the banner bore two pictures of the painful past in a country that suffered over the years of pain and sorrow as a result of wars, tragedies and funerals.

The social networking sites were full of angry comments about the behavior of many fans, but the image of the fan cooled the hearts and moistened the atmosphere and expressed the state of the Iraqi people who love to follow football and the atmosphere of tournaments on their land after four decades in which Iraq did not host any Gulf Championship.

It is noteworthy that the match between Iraq and Oman, which was held today, Thursday, was attended by more than 65,000 spectators, while more than 150,000 fans remained in the vicinity of the stadium, who were eager to attend the match, even if one of them did not have tickets for the match.