SportsA pivotal confrontation for the national team against Iran in the World...
Sports 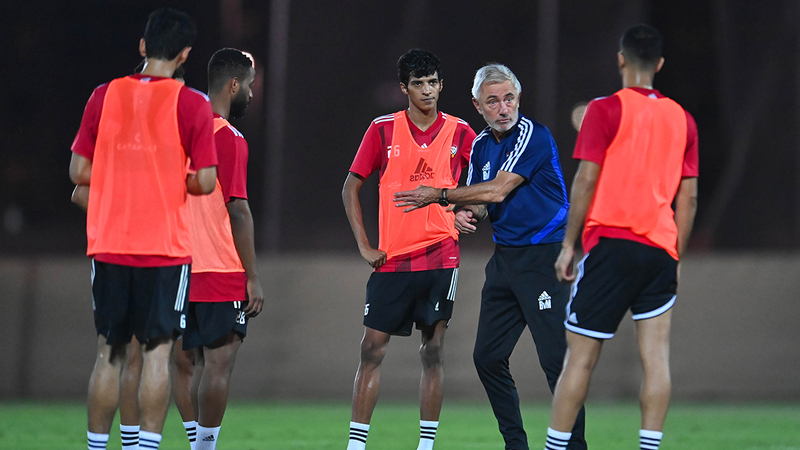 The national football team will play at 20:45 this evening at Zabeel Stadium in Al-Wasl Club in Dubai, a difficult and decisive confrontation against its Iranian counterpart in the third round in Group A in the decisive round of the Asian qualifiers for the 2022 World Cup, as it will determine the fate of Al-Abyad in the competition. On the ticket to qualify for the World Cup, so the team seeks to fight hard to win and reap the match points and progress a new step forward in the competition, because any non-positive result will be held from the team’s accounts in the competition, so Al-Abyad looks forward to stopping the bleeding of points and restoring his personality and strong image again through The confrontation, which is one of the most important confrontations for him in his search for a ticket to the World Cup.

The team that enters the match with only two points faces a great challenge, so it is considered the most important and strongest test for it, as it plays against the team that leads the group with six points and won the previous two matches over Syria and Iraq.

Although Al-Abyad’s task in this match seems difficult, he can overcome the Iranian obstacle with collective performance and intense offensive pressure, especially if the national team striker Ali Mabkhout is at his best alongside Caio and Lima.

The team, which is seeking to change the fading image that appeared in its previous two matches, completed all its preparations for this confrontation after it recently entered an indoor camp in Dubai with the participation of 28 players.

During the recent preparations, the technical staff sought to address the technical errors that accompanied the national team matches against Lebanon and Syria, as well as working to strengthen the offensive side, and solve the puzzle of offensive sterility due to the decline of the offensive line in scoring goals, after he scored only one goal so far out of two matches he played. in the crucial role.

It is expected that the Dutch coach Marvik will pay in this match with all his weapons and his winning offensive cards in order to win this match, and he is counting on the trio of Caio, Lima and Mabkhout, along with his readiness, striker Sebastian Tigali, to participate in the squad in light of the advanced level that he has been providing with his team Al Nasr in the UAE League.

The national team’s recent training has prevailed in high spirits and great seriousness among the players in order to overcome the Iranian team’s obstacle.

The confrontations of the two teams historically, whether in the Asian Cup or the World Cup qualifiers, are of great importance as they are characterized by strength, club and excitement, and it is expected that the team will receive great public support in the Zabeel Stadium, after the Football Association decided to raise the attendance rate to 80% instead of 60%, in order to allow The opportunity for the largest number of fans to support the white in this crucial meeting.

On the other hand, the Iranian team will play today’s match and set its sights on consolidating its lead in the group, and won the ninth point after achieving two consecutive victories over Syria with a clean goal and over Iraq with the same result.

The coach of the Iranian-Croatian national team, Dragan Skotic, who relies on a very strong attacking line, especially Ali Reza, who scored the two winning goals against Syria and Iraq, hopes that his team will continue to achieve positive results, even though it won a difficult victory over Syria at the beginning of his career in these qualifiers.

The match will be led by an Australian referee team led by international referee Beth Christopher.

The South Korean team is in second place in this group with four points behind the Iranian team, and Al-Abyad is third with two points, and Iraq, Lebanon and Syria are in the last positions with only one point each.

• Al-Abyad is looking to stop the bleeding points and restore his strong personality and image.

The journey of the two teams in the second round

Ranking of the teams in the first group