A pleasant surprise about the injury of the Saudi national team star, Yasser Al-Shahrani (video) 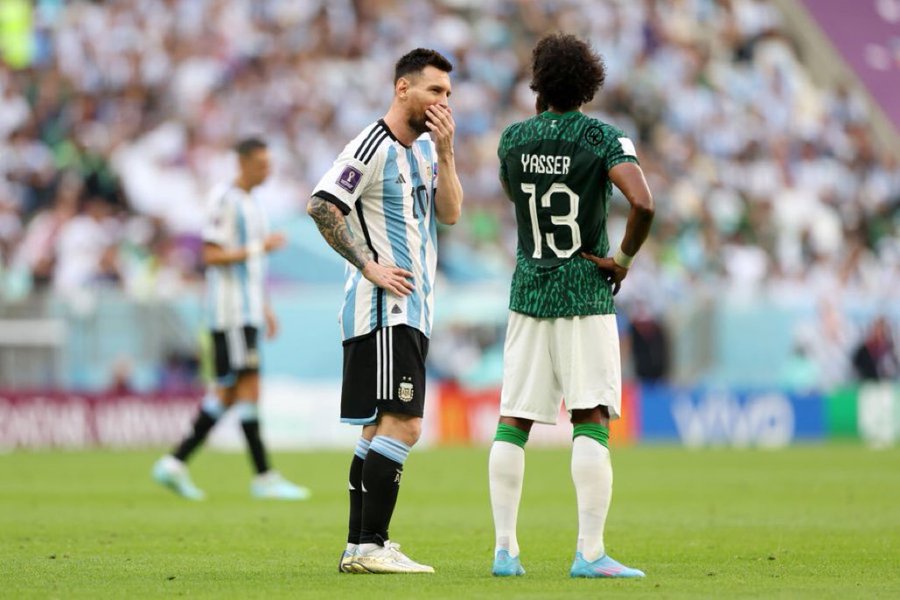 The Saudi and Arab audiences lived through a difficult period of fear and anxiety over the Saudi national team player, Yasser Al-Shahrani, who suffered a severe injury in the match between Argentina and Saudi Arabia in the first round of the Qatar World Cup 2022, and there were conversations about the end of his football career, to be determined after that in an almost final and accurate diagnosis of the Saudi player’s situation. final injury and period of absence.

Yasser Al-Shahrani suffered a severe facial injury after colliding with goalkeeper Mohammed Al-Owais in a joint ball during the Argentina match that brought them together in the first round of the group stage. Aziz Medical in Riyadh.

The guest of the episode, the specialist Dr. Sultan Al-Lihyani, confirmed that the two operations were carried out with great success and were incorrect, with rumors circulating on social media that showed the player’s condition in a difficult way, and what was circulated about the end of his career with football, and Al-Lihyani praised the extent of the player’s commitment and his importance to the national team National and his great influence with the national team.

And the Saudi journalist, Walid Al-Faraj, confirmed during his statements on his television program: “It is expected that the treatment and rehabilitation period for Yasser Al-Shahrani will take at least 3 months. Yasser Al-Shahrani suffered a slight fracture in the face and may need 3 months until he returns.”

He added in his speech: “The injury is not a sports one, but it is in the face. He will not be able to return to training before the end of next December, to start the rehabilitation stage.”

Al-Faraj confirmed that the fracture that Al-Shahrani suffered was of a minor degree in the face.

#Walid _ Al-Faraj: Yasser Al-Shahrani suffered a minor fracture in the face and may need 3 months to return

Dr.. Sultan Al-Lahani: Yasser Al-Shahrani is a “faith” and a continuity of the level is being studied #Saudi_Poland#Saudi_Mexico#Action _ with _ Walid
displays on #Shahid
No subscription https://t.co/wlLYDrcVpW#MBCAction pic.twitter.com/k76hk1G6Cx