A quantum leap and a turning point.. the West bestows arms on Ukraine 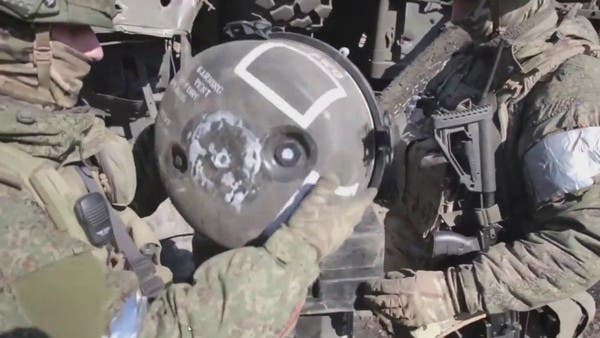 It seems that the continuation of Western pledges to continue supporting Kyiv in the face of Moscow, after the Russian military operation in Ukraine entered its third month, will be a “real turning point” in the crisis.

With a number of Western countries agreeing in recent days to ship heavy weapons to Ukraine, experts expect that this step will only hinder the progress of the Russian army in Donbass, according to a report published by the French newspaper Le Monde.

The information added that Western (European-American) support first began by sending fuel, protection equipment, ammunition, and anti-tank and anti-aircraft weapons, but in recent days it has turned into offensive equipment such as howitzers, tanks, armored vehicles and helicopters.

The report also considered that there is a “qualitative leap” in the West’s plan towards Ukraine, aimed at restoring Kyiv’s capabilities after the first stage, in which it incurred great losses on various fronts and in various fields.

Its purpose is also to provide Ukrainian forces with the means to repel the Russian offensive in Donbass in order to eventually win the war.

In addition, specialists considered that the Western challenge today lies in supporting Kyiv to confront the Russians and avoid their real collapse.

Russian focus on the east and heavy western support

These developments came after Russia focused in recent weeks on eastern Ukraine to tighten its grip on the entire Donbass region, and permanently deprive Ukraine of its access to the Sea of ​​Azov.

Britain had called for increased shipments of heavy weapons to Ukraine and delivered aircraft, stressing that time required “courage” in the face of Russia, which has been carrying out a military operation in its neighbor’s territory for more than two months.

London also said a long war should be prepared, with Kiev doubling support from “heavy weapons, tanks and planes, using whatever we have and ramping up production”.

In turn, the German parliament approved, today, Thursday, a proposal to supply the Ukrainian authorities with heavy weapons.

While the Netherlands, Estonia, the Czech Republic, France and the United States all announced support for Ukraine with shipments of powerful and accurate weapons.

Support with weapons, equipment, and a Russian warning

Since last February 24, the United Nations has condemned the Russian military operation on the territory of Ukraine, while Western countries have sided closely with Kyiv, supporting it with weapons, equipment and humanitarian aid as well in order to confront the Russians.

While Western countries, led by America, imposed painful sanctions on the Kremlin, affecting various sectors, companies and banks, as well as Russian politicians and wealthy people close to Putin.

On the other hand, Russia warned against these actions, and the Kremlin considered that the arms shipments flowing to Ukraine “threaten European security”.

Kremlin spokesman Dmitry Peskov told reporters Thursday that this tendency to flood Kyiv with weapons, especially heavy weapons, is a behavior that threatens the security of the continent and destabilizes, as he put it.

It is noteworthy that Russia has repeatedly threatened that Western shipments of anti-aircraft weapons, tanks and ships, as well as highly advanced missiles, tanks, and drones that were transferred to Ukraine, will be a legitimate target for its forces and aircraft.