A rare astronomical phenomenon in Saudi Arabia and the Arab world 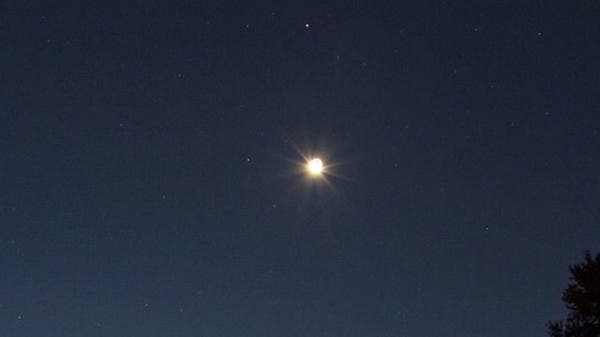 The sky of Saudi Arabia and the Arab world is expected to witness before sunrise on the morning of Sunday, May 01, 2022 – an exceptional conjunction between Venus and Jupiter, as they will be at the closest apparent distance and will be separated by a small part of the degree (0.2) on the southeastern horizon, and it was the last time that this happened in August 2016.

For his part, the head of the Astronomical Society in Jeddah, Eng. Majed Abu Zahira, confirmed to Al Arabiya.net that the conjunction occurs when planets appear close to each other in the sky from our perspective on Earth, and usually the distance between objects during pairing varies from 0.5 degrees to 9 degrees, and in some Sometimes the planets get closer – as happened in the conjunction of Jupiter and Saturn in the year 2020 when they were separated by less than 0.1 degrees. .

He added that the conjunction of Venus and Jupiter occurs once a year, but this year the two planets will appear much closer than it usually is, as the observer will see the two planets with the naked eye as if they are touching each other to the naked eye, and due to the glow emanating from them, he may see that they merge into one very bright glow.

He also added that the merging of Venus and Jupiter is only apparent, as the orbit of Venus is closer to the sun than the Earth’s orbit, and the orbit of Jupiter is much farther, as it will be separated by more than 600 million kilometers, so the approach between them is not real, it happens because the Earth, Venus and Jupiter are almost aligned in space and on the same side of Solar System.

He pointed out that Venus will be the brightest planet between the two, with a luminosity of (-4.1) compared to Jupiter – (2.1-), which means that it is about six times brighter and a luminous pinch of 67%. However, Jupiter will appear larger than Venus through binoculars or a small telescope and you will accompany it Its four large moons.

He also explained that the moon is in the new moon, and it is easy to see the two planets touching almost in the sky, as long as the sky is clear, and the conjunction can be monitored from anywhere on the globe, and the two planets will not appear so close again until March 2023.

It is mentioned that after the day of conjunction, the apparent distance between Jupiter and Venus will increase and gradually move away from each other.