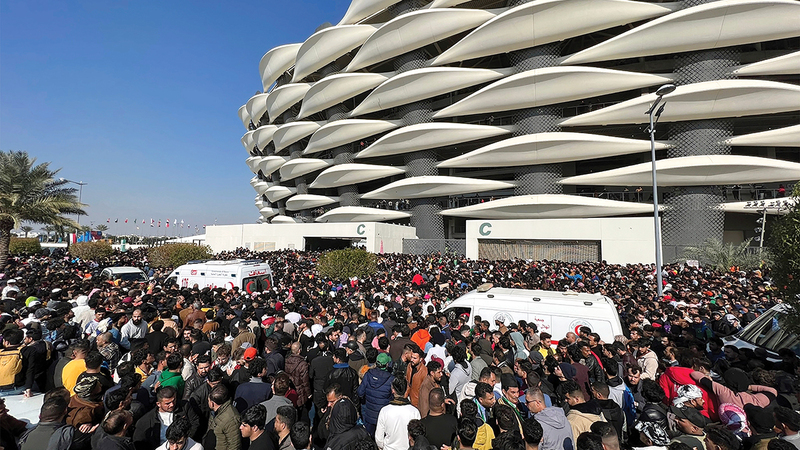 The Iraqi public achieved a record by attending the Basra International Stadium, “The Trunk of the Palm”, which can accommodate 65,000 spectators, to follow the final match between the Lions of Mesopotamia and Amman, since sunrise yesterday, that is, 14 hours before the start of the match. Thousands of Iraqi fans gathered outside the stadium, and some of them lined up waiting to buy tickets, and some of them entered the stadium with great difficulty with their tickets. The Organizing Committee had offered a large percentage of the tickets for sale electronically, and left a specific percentage for direct sale.

Behind this desire for the audience to attend the “Gulf 25” matches are technical and societal reasons, as follows:

1- Basra and its fans have never hosted a tournament of the size and stature of the “Gulf 25” throughout its sports history, with the exception of a few international matches, which provided a valuable opportunity for the public to invest the opportunity to follow the matches in attendance inside the stadiums, and to spend happy periods that may not be repeated soon.

2- A message to the international sports community of the need to lift the ban on Iraqi stadiums by attending massively to the stadiums.

3- A large percentage of the Iraqi people are distinguished by their being athletes, loving football, loving and fans of the “Lions of Mesopotamia” and the rest of the Gulf and Arab teams, and their desire to confirm that they attended strongly in all matches.

4- The low prices of tickets contributed to making them accessible to everyone, which encouraged everyone to acquire or seek them.

5- The development and spread of social media contributed to encouraging the Iraqi public to attend the matches in the stands, to document them as an unforgettable historical memory, especially as it may not be repeated easily in the future, as well as to encourage all the teams of the Arab Gulf countries and celebrate with them.