A remarkable presence of the citizen coach in the “amateur” .. and the colored cards appear in abundance 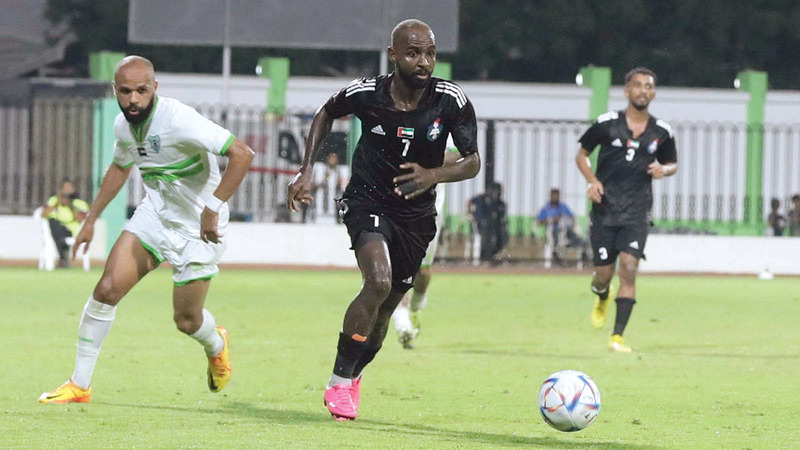 The opening round of the First Division League, which was held on Saturday and Sunday, witnessed a large number of colored cards (34 yellow cards and three red cards), as physical stress and fatigue appeared on some players and teams, in addition to the presentation of most of the championship teams with high technical levels that reflected the preparations prior to the start of the season. .

The tour witnessed the visitors’ victory in three matches, through Al-Orouba’s victory over Hatta with a clean goal, Al-Dhaid’s victory over Baynunah (3-1) and Al-Arabi over Dibba Al-Hisn (2-1), while the Emirates “City” teams tied with a goal each in Ras Al Khaimah, and Rams returned From Fujairah Stadium in a draw (2-2), while Al-Jazira Al-Hamra beat Masfout (2-1), Al-Taawoun defeated Masafi (2-0), and Gulf FC defeated the Knights of Hispania (3-1).

The result of the tie between “The Falcons” and “City” is the most prominent result, and can be described as the opening round surprise, as it gathered one of the prominent candidates to qualify for the next season of the ADNOC Professional League.

The matches witnessed the players being exposed to 34 yellow cards and three red cards that were famous in the face of the players of Al-Uruba, Nashed Abdul Qadir and Ali Mustafa, and Fujairah player Muhammad Khamis, which is a remarkable number compared to previous seasons.

The seven matches witnessed many interruptions during the time of the match for treatment due to fatigue due to the lack of readiness of some players and teams in the aspect of physical fitness, especially in the match “Gulf FC” with “Hispania” and the match of Fujairah with Al-Rams.

The summit of the fortress and the Arab

The Dibba Al-Hisn match with Al-Arabi, which ended with the victory of the sons of Umm Al Quwain (2-1), witnessed high technical levels throughout the minutes of the match, and the Hatta match with Al-Arabiya, which ended with the latter’s victory with a clean goal, showed a distinguished technical level, which reveals that the mentioned teams are candidates to be among the most prominent teams Which will compete to qualify for the Pro League.

Al Dhaid, Al Taawun, Gulf FC and Al Jazira Al Hamra clubs achieved the result of winning the first round of the championship, remarkably, in a phenomenon that was absent from the first round in the past seasons.