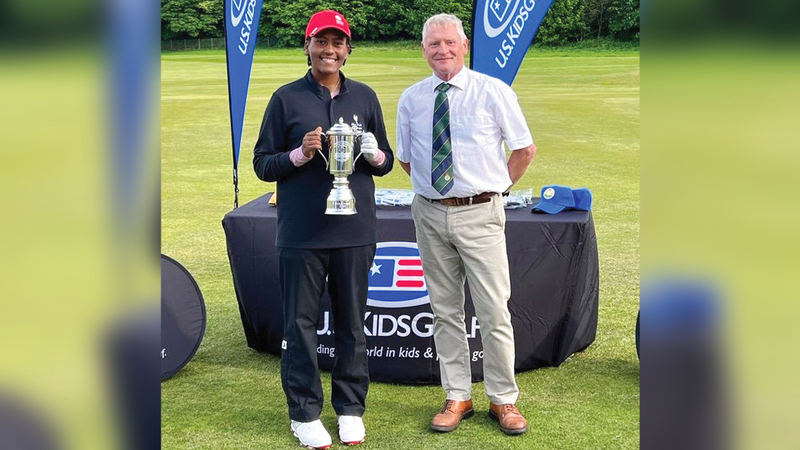 Maya succeeded in providing a remarkable performance over the three days of the Scottish Championship, after she finished the first day’s course with 72 strokes, taking the lead with a score (bar kick), before ending the second day with 74 strokes (+2), falling to second place, On the third day, the same performance resumed, especially in maintaining an average of zero errors in the last nine holes, ending the course with 74 strokes (+2), which led it in the conclusion to win the championship with a total of 220 strokes (+4).

Maya, who has lived in Abu Dhabi for 10 years, accompanied by her parents and sister, used her experiences as the women’s champion in the Yas Links Club Abu Dhabi for 2021, which led her in Scotland to overcome the challenges of the path of the Glen Stadium, the obstacles of stormy and rainy weather, cold weather and strong winds, armed with determination and determination “I can do ».

Maya is heading in her next participation to participate in the World Children’s Championship in the United States of America, which will be held next July at the “Benny Hearst” product in North Carolina.