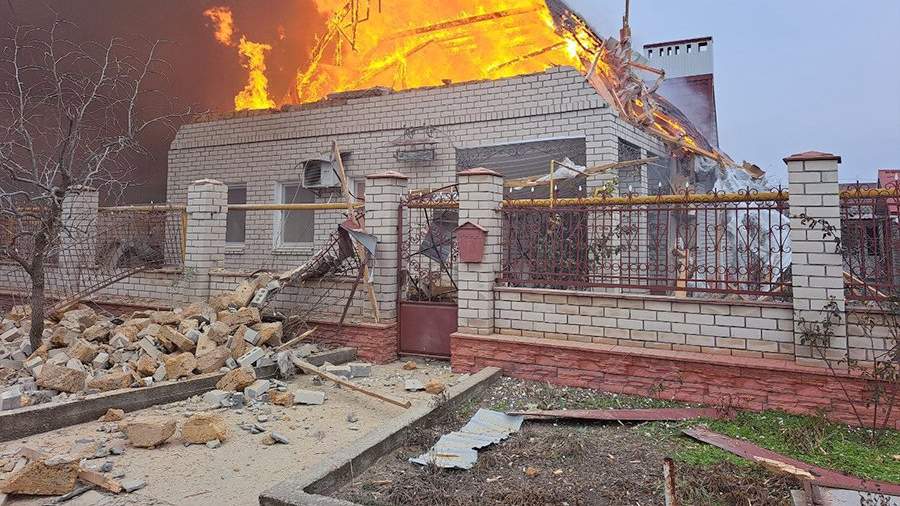 Two women became victims of yesterday’s shelling of Kakhovka in the Kherson region by Ukrainian troops – one of them died, the other was wounded. This was reported on January 22 in the city administration.

“Yesterday during the day, Kakhovka was shelled several times by Ukrainian militants. As a result of the shelling of the area of ​​the music school, a woman was killed. Another woman was injured and was hospitalized with an explosive injury, ”says the Telegram channel of the Kakhovka mayor’s office.

Earlier on Sunday, it was reported that Ukrainian militants had fired at five settlements in the Kherson region since Saturday evening, January 21, firing at least 40 shells at them.

It is also known that Ukrainian troops fired on Sunday and residential buildings of the civilian population of New Kakhovka. In addition, the city administration reported that due to shelling from the Ukrainian side, eight settlements were left without electricity. Restoration work is currently underway.

Russia’s special operation to protect Donbass, whose residents refused to recognize the results of the 2014 coup d’état in Ukraine, continues. The decision to hold it was made against the backdrop of the aggravated situation in the region due to increased shelling by Ukrainian troops.