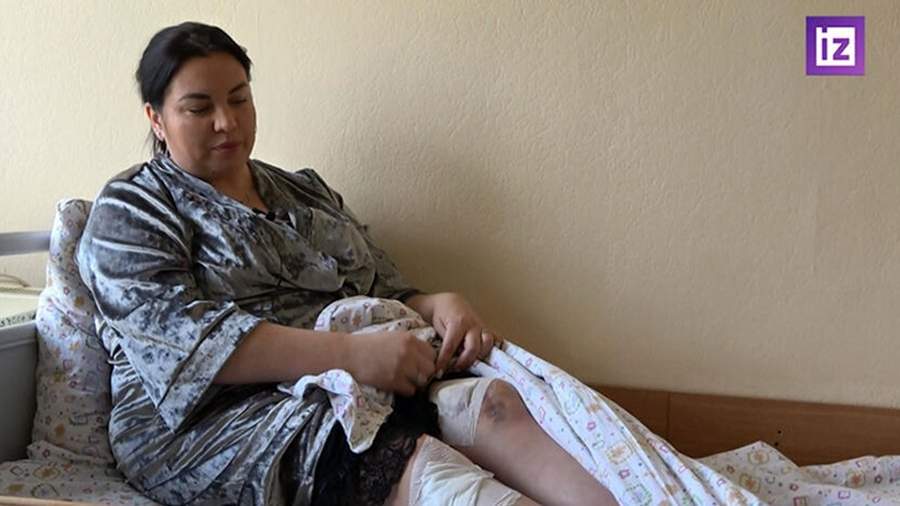 In Sergiev Posad near Moscow, an unknown person shot a woman in both legs from the window of the Grand Park residential complex. On Monday, May 2, she told Izvestia.

It is noted that one bullet went right through, and the other got stuck in the knee. Pulling it out is dangerous, as the victim runs the risk of remaining disabled.

According to Olga Borisova, she and her friends went for a walk in the park after work. The company took a ready-made barbecue with them and decided to sit on a bench near the house. The woman noted that they behaved culturally and did not make noise.

She said that the first shot was fired around 23:00. The second shot a few minutes later flew into the shop, next to which the company was standing.

Olga recalled that about six months ago she heard that someone from the house was shooting at the dogs, but this person was never found.

The woman specified that after the shots, she and her friends decided to move to the other side of the square, but in the end they came even closer to the balcony from which they shot.

“The girls were behind me. I turned to the bench, it turns out, facing the house, and then I hear a shot, and I understand that I have a hit in my right leg, ”she said.

Borisova’s friends thought that she just imagined, but at the same time the bullet hit the woman in the second leg.

The shooter has not been identified at this time. Local residents believe that the same person shot the woman and the dogs.

Earlier, on April 17, it was reported that an 80-year-old resident of Odintsovo dragged the insurance lines of an industrial climber into his apartment and squeezed them with windows, preventing him from descending. The man refused to leave the apartment, as a result, the police decided to open the door.

At that moment, the pensioner shot through the door and hit an EMERCOM officer who was helping law enforcement officers. The lifeguard died. Later, the pensioner was detained.

A criminal case has been opened on the fact of the murder of an employee of the Ministry of Emergency Situations. It was noted that the pensioner had previously frightened neighbors with inappropriate behavior, and once fired from pneumatic weapons at a neighboring house. As a source told Izvestiya, the pensioner who shot the rescuer is registered in a psycho-neurological dispensary.