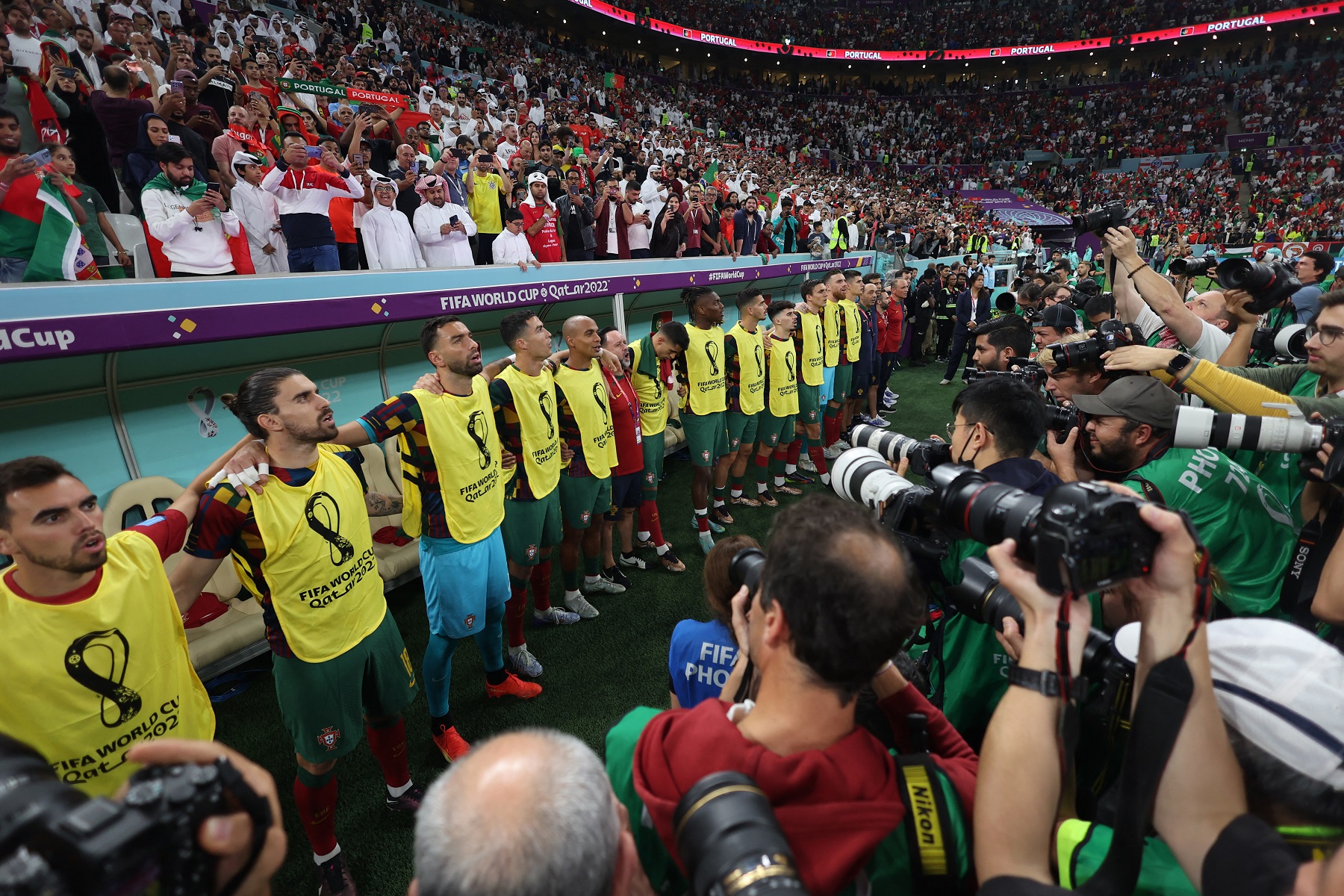 Spanish media reported a resounding shock in the Portugal national team because of Portuguese star Cristiano Ronaldo, before the upcoming confrontation against Morocco in the quarter-finals of the 2022 World Cup.

The Record newspaper explained that in a “resounding bomb” Ronaldo threatened to leave the team, after Portuguese national team coach Fernando Santos chose to start with Benfica striker Gonzalo Ramos and keep Cristiano on the bench.

She mentioned that the dispute between Ronaldo and the coach began in the Portugal match against his South Korean counterpart, in the group stage, specifically in the 65th minute of the match, when the tie was 1-1, and Fernando Santos decided to make changes to inject new blood into the team.

Santos changed a trio, including Cristiano Ronaldo, which sparked a strong reaction from the “Madeira missile”, who responded to his substitution: “You are in a hurry to take me away from the national team.”
The Portuguese national team coach said after the match between Portugal and South Korea ended: “I saw pictures of Cristiano’s change, and his reaction did not make me happy at all.”

He concluded by saying, “These issues are being resolved at home.. The decision has already been made. Cristiano Ronaldo will be a substitute in a decisive match for Portugal.”