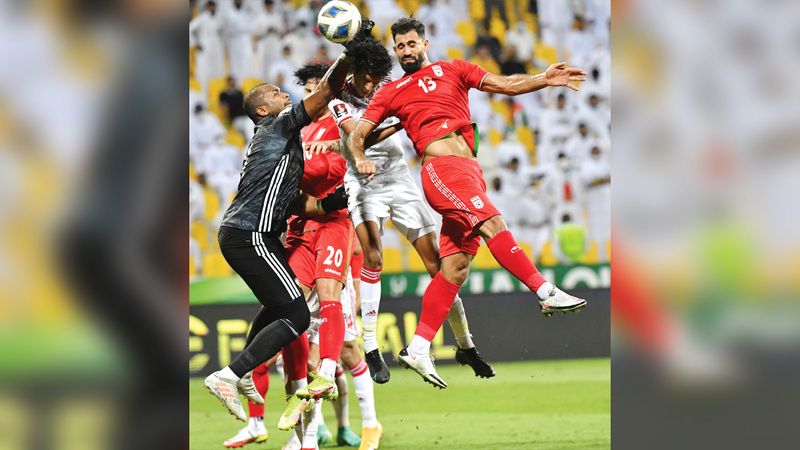 Athletes confirmed that there are several difficulties that the national team will face before its expected match against the Syrian team, scheduled for the 27th of this month, within the seventh round of qualifying for the 2022 World Cup, represented in the lack of clarity and ambiguity so far regarding the preparation program, and no decision has yet been issued by The Board of Directors of the Football Association ratified the recommendations issued by the National Teams Committee, in its first meeting held on December 22, after its new formation headed by Hamid Al Tayer, member of the Board of Directors of the Federation, the most important of which was the recommendation to continue coach Marvik until the team finishes the World Cup qualifiers next March, In addition to the importance of winning the Syrian match, as it is decisive and pivotal in his qualifying journey, in addition to the coach’s adherence to the previous method in which he plays without changing it, and caused the team’s results to decline in the recent period, as well as the psychological pressures that besiege Marvik in the wake of the recent results, both in the World Cup qualifiers or the Arab Cup, and some demand his departure.

Athletes told “Emirates Today” that “the sports street is waiting for the Football Association and the National Teams Committee, after its new formation, headed by Hamid Al Tayer, to take decisions and steps that reassure him about the future of the team, especially as it is on the verge of a pivotal and decisive stage in the World Cup qualifiers.”

The team occupies third place in the standings of the first group, with six points, while the Iranian team leads the group, followed by the South Korean team, then the UAE team third, Lebanon fourth with five points, Iraq fifth with four points, and Syria in the last place with only two points. The national team match against Syria will be held on the 27th of this month at Al Maktoum Stadium in Al Nasr Club in Dubai.

5 difficulties facing the national team before the Syrian match

1- Lack of clarity about the team’s preparation program for the Syrian match, or the remaining three matches.

2- The importance of winning the Syrian match, as it is crucial and crucial to his qualifying journey.

3- The way the technical staff plays and caused the results to decline.

4- The psychological pressures besieging Marvik in the wake of the Arab Cup results, and demands for his departure.

5- The Football Association Board of Directors has not yet approved the recommendation of the National Teams Committee to continue Marvik. The national team match against Syria will be held on the 27th of this month at Al Maktoum Stadium in Al Nasr Club in Dubai.

The former member of the Board of Directors of the Football Association, technical analyst, Mohamed Matar Ghorab, confirmed that they do not know what the Football Association thinks in terms of matters related to the national team, pointing out that the Football Association, during its last meeting, should have ratified the decisions taken by the National Teams Committee, During its previous meeting, which was presented to the board of directors to take its decision, especially with regard to the coach’s continuity, stressing the importance of having transparency in this direction to reassure the sports street about the future at the level of the team, but silence and neglect of the issue, does not serve the media at the same time.

Ghorab added, “The team’s shape in the Arab Championship was better than the World Cup qualifiers, if we exclude the team’s match against Qatar, and good elements began to appear, and the team lineup began to change, as the clubs themselves, if we exclude the victory team, presented during their last matches a good return, and this helps the team to The level of readiness of the players.

Awad: The difficulty is in the method and method

And the former member of the Competitions Committee in the Football Association, Khaled Awad, considered that the great difficulty that the team will face during a Syrian match, is the method and method used by the technical staff in dealing with matches, pointing out that the technical staff is still determined on its previous style, and adherence to its thought and opinions, Pointing out that he does not expect a change in this aspect, stressing that the Syrian match will be difficult, noting that their only hope in this match is in the fighting spirit of the players.

Khadim: expedite the recommendation made

For his part, the former coach of Dibba Al-Fujairah and Masafi, Muhammad Obaid Al-Khadim, stressed the importance of expediting the adoption of the recommendation submitted by the National Teams Committee, to continue coach Marvik and give him confidence again so that he can develop a preparation program for the next Syria match, as well as the remaining matches for the team in the World Cup qualifiers, He stressed that at the present time, with the coach continuing his work, the team has a great journey.

He added, “So far, there is ambiguity in matters related to the team and the picture is not clear, and there are no gatherings for the team, so are these matters in the interest of the team? of course no”.

Al-Khadim wondered whether the administration responsible for the national team had great confidence in the coach or not, pointing out that if they saw that the coach satisfies their ambition, and that they put a specific plan in place for him, this matter would have a positive impact on the team.