A robot saves a child .. the disease prevented him from attending school 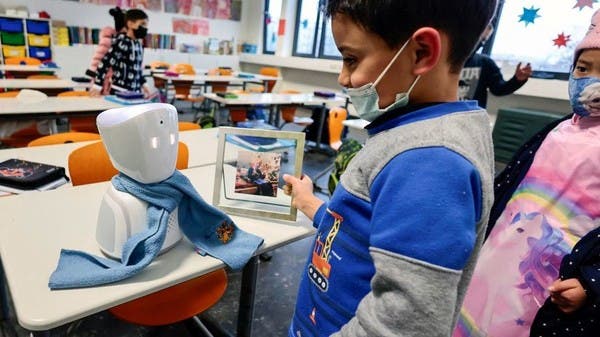 Although ill and unable to go to school, seven-year-old Joshua Martinangeli can attend “virtually”, engage with teachers and interact with classmates.

A German student can interact with his teacher and classmates through a robot sitting in his seat and send a signal in the form of a flash when he wants to say something.

“The children talk and laugh with him and sometimes gossip with him during class,” said Ute Winterberg, principal of Berlin’s Postplume Grandschule school in an interview with Reuters news agency.

His mother, Simon Martinangeli, said Joshua could not go to school because he had a tube in his neck due to severe lung disease.

The robot is a private initiative funded by the local council in Berlin’s Marzane-Hillersdorf district.

“We are the only district in Berlin that has bought four robots for its schools,” said Torsten Kuehne, a member of the district’s education board. “The motive was Covid-19, but I think this will be the future after the pandemic.”

“It happens from time to time, for various reasons, that a child is not able to attend classes by himself…so the robot can give that child a chance to remain a part of the school community,” he added. He explained that he had already brought up the project in political discussions at the state level.

When student Noah Koesner was asked if he was looking forward to seeing Joshua again, he replied, “I like it both ways because I love the robot.”