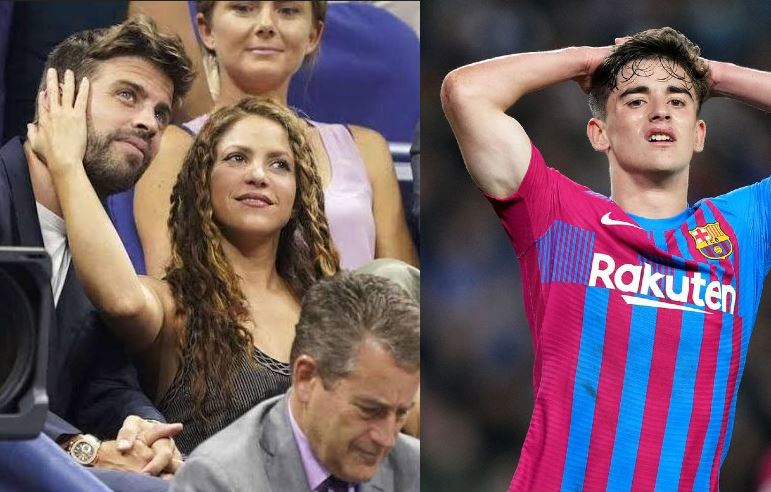 An extensive report by the Spanish newspaper “Marca” revealed today that Barcelona star Gerard Pique’s separation from his Colombian wife Shakira cast a heavy shadow on the family of his teammate, young star Gavi. The newspaper said that a rumor spread widely about the reasons for the separation between Pique and Shakira, due to the fact that Pique had an affair with Gavi’s mother, which is not true, as the newspaper confirms, but the damage occurred after many media outlets reported this matter without scrutiny.

“Marca” followed the news of what happened between Pique and Shakira, and found that the first news in this regard was published by journalist Emilio Rozas in the newspaper “El Periodico”, but it did not include at all any indication that the reason was an illegal relationship between Pique with a woman. other. Then it turned out that through a “podcast video” of journalist Laura Fa and her colleague Lorena Vasquez, they talked about a young blonde woman having something to do with what happened to the Pique family, without mentioning any details about her identity, except that she is a blonde, 20 years old, and works as a waitress.

“Marca” said that after that, the news of “Gavi’s mother” came to spread widely, and was transmitted by many on social media, and his mother’s name was linked to being behind Pique’s separation from Shakira, and that she was the woman with whom he was in a relationship. The newspaper confirmed that behind this rumor was a Turkish journalist named Melih Isat, who published the tweet through his account on “Twitter”, which has a following of 150 thousand, and attributed the source of his tweet to “El Periodico”, which turned out to be incorrect. The journalist said that “the woman responsible for the case of Pique and Shakira is the mother of his teammate, Gavi, and that the latter was not aware of the matter.”

Because of this irresponsible tweet, as “Marca” confirms, the matter caused great harm to Gavi’s family and his mother, and made matters worse when the journalist published a picture of Gavi’s mother, and it turned out to be his sister. She indicated that the Ghafi family is considering filing a defamation case against the journalist who was behind the rumour. Especially since European, Spanish and international media reported the news on their front pages, and some of them published pictures of Gavi’s mother, causing her great harm and tarnishing her reputation.