A Saudi doctor saves a pregnant woman .. He helped her give birth on a plane 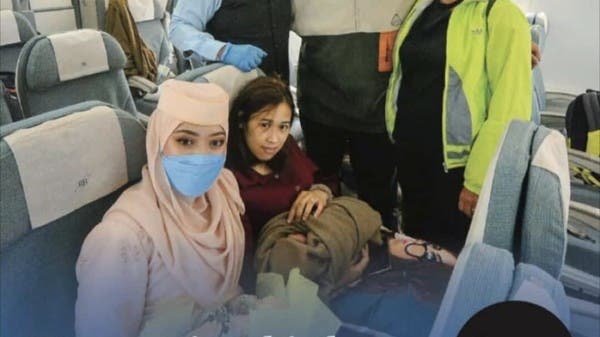 A Saudi doctor volunteered to rescue a pregnant woman on a Brunei Airlines flight to Australia, after the flight crew launched a call to inquire about the presence of a doctor on the flight.

Dr. Melfi Al-Khanjar, a public health doctor, said that during his flight to Australia on the Royal Brunei Airlines plane, and half an hour after take-off, a call was issued from the flight crew to the passengers to inquire about the presence of a doctor.

Birth on a plane

He added, “I introduced myself to the crew, and it was found that there was a Filipino woman suffering from labor pains, and she was in the 38th week of pregnancy, and after a physical examination, it became clear that she was about to give birth.”

He continued, “I asked the staff to prepare the available equipment and communicate with the ground station to request a consultation from any specialized doctor to record his recommendations, and after taking the recommendations, it was up to me and the crew.”

And he added: “Praise be to God, the child was born on the plane, and we followed the condition of the mother and child throughout the 3-hour flight, and she and her newborn were in excellent health, praise be to God, and the mother was received at the airport with flowers.”