A Saudi man conveys the beauty of nature in his village to the world with 23,000 photos 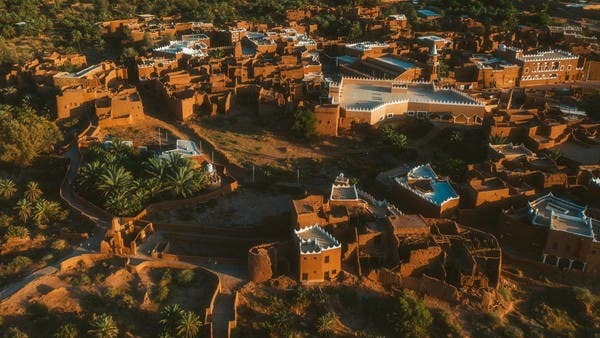 With feelings of nostalgia and loyalty to the homeland of his family, his family and his ancestors, the photographer “Mohammed Aba Hussein” decided to transfer the village of Ushaiger to the world to introduce its timeless architecture and its unique Najdi design. As the viewer from the sky finds that it is not only distinguished by its unique architecture design, but also what surrounds those walls of a green paradise characterized by preserving the heritage.

Speaking to Al-Arabiya.net, the photographer, Muhammad Aba Hussein, said that he wanted to turn this heritage village into a message of loyalty to his ancestors and to convey it to the world through his lens, explaining that the first visit to the town of Ushaiker was in 2014, and he was encouraged by the presence of many Opportunities to photograph her still living heritage.

Where he monitored the aesthetics of the distinctive mud houses in the village, its heritage mosques, the rich farms located between the houses, in addition to the general picturesque scenery from the top during sunrise.

The photographer said: “Wandering through the endless narrow streets and alleys, you will see countless mud houses and unique doors decorated with traditional geometric shapes. Behind these doors, there are internal courtyards, some of which include gardens, where palm trees transport you to the past.” Besides its architecture, the village is also distinguished by its restaurants that serve popular foods.

Also, in 2019, he went outside the Kingdom to Norway, and within 3 weeks in the north during the cold season, he saw the green twilight, which was the first time, then to Italy and to the most important sites in it, including the Dolomite Mountains, and at the end of the year he visited Iceland and the beauty of nature different from all countries and the presence of caves mountainous and icy. He described these trips as a reason for his deepening and his love of photographing nature, and he returned with 23,000 photos of these sites that he visited in this pivotal year.

He said that he found support from his mother, who encouraged him to document the locations by filming, and despite her fear of climbing the mountains, as she was afraid for him to photograph.

He concluded by saying that he is looking forward to visiting many of the rare sites in the Kingdom.