A Saudi photographer excels in documenting biodiversity in the Kingdom 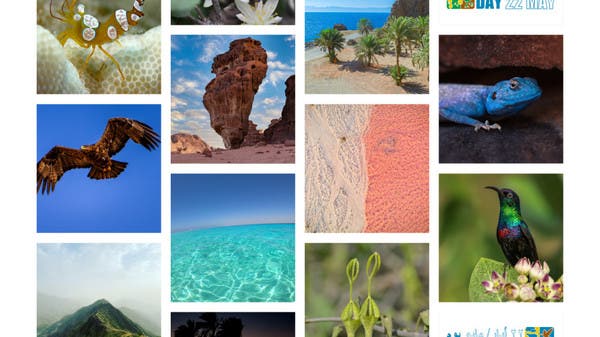 In an interview with “Al Arabiya.net”, Hassan Nasser Al-Raithy, who was born in Al-Raith Governorate in the Jazan region, said that, through his documentary footage, he was able to explain the impressive rich biological diversity that the Kingdom possesses.

He stressed that the Kingdom has large types of plants, animals and birds, and the southern region is one of the most biologically diverse areas in the Kingdom in terms of plant and animal habitats.

Biodiversity is also an economic resource, on which countries depend in obtaining food and medicine. Preserving it is necessary to maintain the balance of the planet. The Kingdom has shown its responsibility towards the environment by launching qualitative initiatives to preserve it, such as afforestation of cities and protection of vegetation cover and animal wealth.

Regarding his beginnings, he indicated that he graduated from Imam Muhammad bin Saud University, Department of Business Administration, indicating that his beginning in photography was in 2011 and his passion was in the world of photography because he spent most of his time in the wilderness and his strong love for meditation and discovery of nature and lived in a mountainous area filled with large types of trees, animals and birds that City dwellers may see them as rare or semi-extinct.

He added that through his life on these sites, he was able to monitor, document and send many animals and plants through his accounts on social networking sites, indicating that they found echoes and great encouragement.

He concluded by choosing his photos and displaying them in the United Nations Photo Gallery, and this is what any photographer aspires to in order to convey his images to the world and introduce his country and the most important features of its environmental diversity, and it is a national message for any photographer.